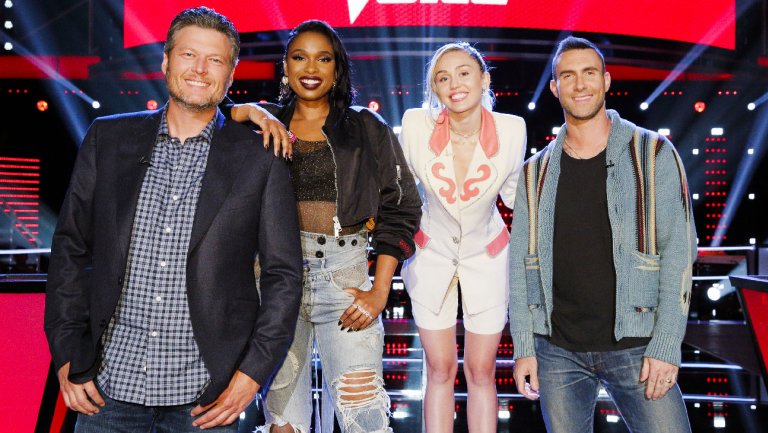 ‘The Voice’: Adam Levine Cuts Team in Half on Second Night of Playoffs

The artists who advanced Tuesday night will compete in the Lives with the rest of the top 12.

On night two of The Voice season 13’s playoffs on NBC, the six remaining artists of coach Adam Levine’s team took the stage. Levine, who also announced his comeback artist, then had to cut his team in half ahead of the lives. Coaches Blake Shelton, Miley Cyrus and Jennifer Hudson were on hand to provide feedback for the performances.

First up was Adam Cunningham singing “Have a Little Faith in Me” by John Hiatt. Levine stole Cunningham from Team Blake. He gave an emotional performance, but it wasn’t particularly memorable.

Next, Levine brought out his comeback artist Whitney Fenimore. She sang “If It Makes You Happy” by Sheryl Crow and accompanied herself on the guitar. She looked very comfortable onstage and sang the song as if it were her own.

Emily Luther followed with a performance of The Cure's “Lovesong" that was dramatic and bold. At this stage of the competition, artists really need to fight to stand out, and that’s exactly what she did. The arrangement was unique, and she showcased strong artistry.

Anthony Alexander sang “Perfect” by Ed Sheeran, which didn’t quite suit him, especially since he still lacks confidence.

Jon Mero sang “When We Were Young” by Adele. He understood the importance of making the song your own. He picked the song himself, and Levine helped him with the arrangement and key. It was one of the best performances of the evening, and Mero delivered on the vocal front as well as with stage presence.

Closing out the night, Addison Agen sang “Angel From Montgomery” by John Prine. Agen used to be on Team Miley, and while she seemed to be a better fit there, Levine coached her well.

Levine then had to cut his team in half. He chose Agen, Mero and Cunningham to advance to the top 12.