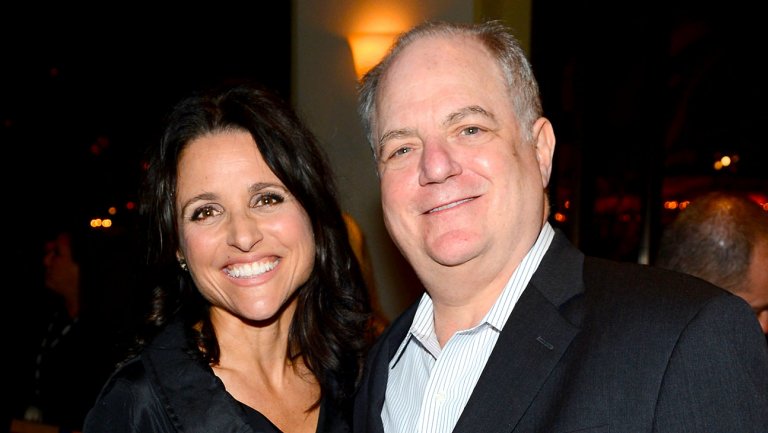 Frank Rich, executive producer of the HBO comedy, shared an update on its star, who is undergoing cancer treatment.

Since Julia Louis-Dreyfus first announced her breast cancer diagnosis, the Veep star has been forthcoming with fans as she undergoes treatment, taking to social media to share progress reports in the form of viral videos from her close-knit cast.

Following in her lead, journalist Frank Rich, also an executive producer on the Emmy-winning HBO comedy, is speaking out with an update on the status of Veep's final season.

"We’re obviously postponing production of the show — we were supposed to have started now — while she’s in treatment," said Rich while visiting SiriusXM’s Press Pool on Wednesday. "The expectation is that we will shoot again. We have one more season we’re doing, which we’re incredibly excited about."

Louis-Dreyfus and showrunner David Mandel announced that the upcoming seventh season would be Veep's last in September, shortly before the star went public with her diagnosis. Louis-Dreyfus received the diagnosis one day after taking home an Emmy for best actress in a comedy series on Sept. 17. HBO said the diagnosis had no bearing on the decision to end Veep andthat it would adjust the production schedule as needed. Mandel had also previously told The Hollywood Reporter they planned to take longer with the final season in order to give it the sendoff it requires.

"Rather impressively, while we wait for her to gather her full strength around her treatment, we’ve been having with the cast in Los Angeles table reads of scripts for the final season as they’re ready," Rich told host Julie Mason. When sharing a video of co-stars Timothy Simons and Tony Hale lip-syncing to Katy Perry’s "Roar,” the actress, who plays ex-president Selina Meyer, also documented the cast's first table read. "It’s been quite something because she’s fighting a serious, what is for anybody, a real illness. And yet, wants to keep working as much as circumstances allow without being crazy about it."

Rich said he saw her 10 days ago and "watched her just be hilarious playing Selina Meyer. With the cast all around her playing the assorted group of idiots that Selina has to deal with on a weekly basis on the show. So she’s got a great support system. She’s a very strong person and we can’t wait to welcome her back at full speed."

Listen to Rich on The Press Pool below.