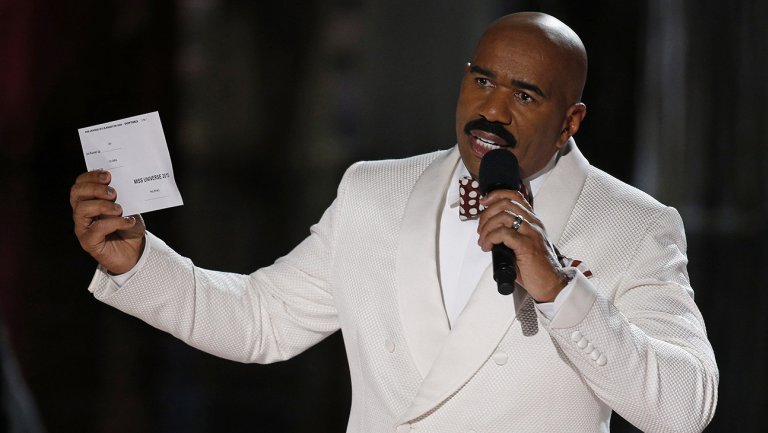 The Revolution will no longer be televised. After three years of Pitbull holding down New Year's Eve on Fox, the network announced Thursday that it has hired a new emcee for the annual live festivities: Steve Harvey.

Hard as it may be to believe, Harvey has yet to host a live New Year's Eve telecast — despite having primetime series or specials on three-quarters of the Big Four and maintaining daily syndicated talk show Steve.

Harvey will topline Fox's New Year's festivities, with yet-to-be-announced celebrity guests and performers, from Times Square. That's also taping site of most of the night's telecasts, including annual leader ABC's Dick Clark's New Year's Rockin' Eve With Ryan Seacrest. (And yes, that's really still the title, even though Clark has been dead for over five years.)

Fox had never been much of a player in the New Year's Eve space, having aired its first special in 2004, but the network made a concerted effort in 2014 with the addition of Pitbull. His New Year's Revolution taped live from Miami, but ratings were modest. The 2016-17 iteration averaged a 2.6 overnight rating among households. The night's winner, Seacrest, boasted a 9.0 rating.

Harvey recently got into full-time business with Fox with the pickup of his Showtime at the Apollo revival. He also hosts their telecast of the Miss Universe pageant. Like his new talk show, this New Year's Eve special will be produced by IMG.