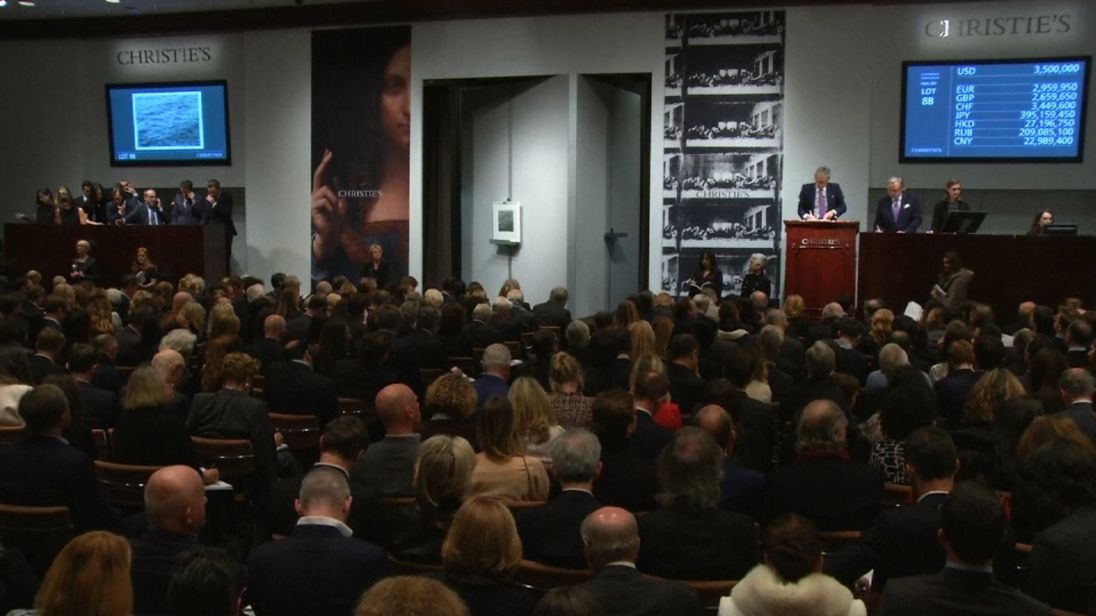 A recently salvaged and restored Leonardo da Vinci painting has sold for a record-breaking sum at auction.

Jussi Pylkkanen, global president of Christie's and the event's auctioneer, said: "It was a moment when all the stars were aligned, and I think Leonardo would be very pleased.

"It's a painting beyond anything I've ever handled – I should hang up my gavel."

Salvator Mundi (Saviour of the World) is around 26 inches tall and shows Christ dressed in Renaissance-like robes, raising his hand in a blessing and holding a crystal orb.

It is thought to date from around 1500 and is one of only about 16 verified da Vinci originals in existence.

It was once owned by King Charles I but its whereabouts in the following years were unclear until it was bought in 1900 by a British collector.

At that time it was not thought to be the work of da Vinci, but of one of his followers.

By then it was badly damaged and partly painted over but the new owners – a group of art dealers who paid less than £7,600 for the painting – restored it and documented it as an authentic da Vinci work.

Its owner before the auction on Wednesday was billionaire Dmitry Rybolovlev, the 15th richest person in his native Russia.

The auction in New York followed a campaign that saw the work exhibited in Hong Kong, San Francisco, London and New York.

The 20-minute bidding war was punctuated by gasps and then applause as the bids reached each milestone.

As for the buyer, it is up to them whether to reveal their identity. So far, they're keeping quiet.

:: Which artwork would you pay an arm and a leg for? Pick your favourite below.