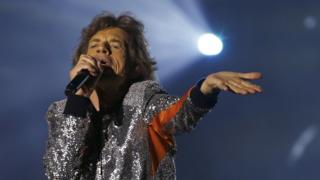 Police in Hamburg have raided a local authority and an events company over allegations free Rolling Stones tickets worth €10,000 ($11,800; £9,000) were given to local officials.

A hundred officials were given tickets after the district office approved the September concert, local reports said.

The large number of officials at the concert had led to widespread criticism, Der Spiegel said.

More than 80,000 people attended the concert in September, with some reportedly paying €800 for a ticket on the black market.

Hamburg North district office head Harald Rösler said the tickets were given to local politicians and office employees plus their partners, Pollstar reported.

He said staff had worked unpaid overtime, to organise the concert, which he said was the biggest ever to have taken place in the city.

FKP Scorpio said it was "unrealistic" to assume that free concert tickets could influence the authorisation process.

A company spokesperson praised the "good and very complex cooperation" with the district office and added that FKP Scorpio didn't mind if the recipients of the tickets had understood them to be a thank-you gesture, Der Spiegel reported.

IcetruckNovember 16, 2017
Like story:
tweet
New species of wasp discovered in Maine by college student
Remember That Horses Can Grow Mustaches If You Ever Feel Sad Again