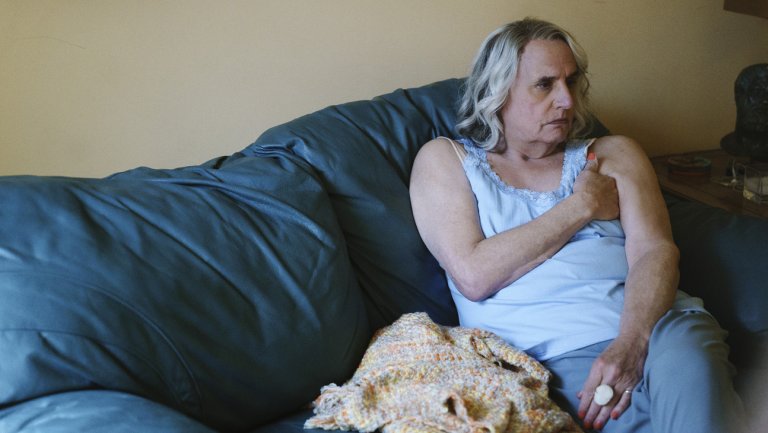 The Emmy-winning star is facing sexual-misconduct allegations from two women, including co-star Trace Lysette, and sources say he could be written out of his starring role.

Transparent is assessing its options in wake of sexual-harassment allegations being leveled against the show's star, Jeffrey Tambor.

Sources tell The Hollywood Reporter that creator Jill Soloway and the show's writers are fighting to save the show from cancellation after a second allegation, from Transparent co-star Trace Lysette, was made public. Amazon Studios had begun an internal investigation into Tambor after his former assistant, transgender actress Van Barnes, accused the Emmy-winning actor of behaving in a sexually inappropriate manner.

Lysette, in an interview with THR, alleged that Tambor sexually harassed her on multiple occasions, claiming he "got physical" in one instance. Another co-star, Alexandra Billings, supported Lysette's claim. Although Lysette called on Amazon to remove Tambor from the critically acclaimed series, she also asked the streamer to let the show and its "trans-affirmative action" mission continue.

Transparent writers had already begun working on the forthcoming fifth season, set to premiere in late 2018, when Barnes' allegation surfaced on Nov. 8, and Soloway is now said to be open to figuring out a way to plot out Tambor's main character, Maura Pfefferman. The creator, according to a well-placed source, is asking for the right amount of time to creatively write Maura out of the show, possibly with a death. Amazon did not immediately respond to THR's request for comment. Soloway, meanwhile, is expected to appear on a panel Saturday.

The move parallels a Netflix decision to write lead Kevin Spacey out of its upcoming final season of House of Cards after sexual-harassment and assault allegations were made public. But the last season of House of Cards set up a potentially Spacey-less season; Transparent's fifth season returning without Maura, the matriarch of the Pfefferman family, would be a much steeper task.

The fourth season of Transparent ended with Maura, who transitioned in her 70s, in a new relationship and seemingly coming into her own. Soloway, when discussing long-term plans for the series, had even said that Maura's storyline was "definitely just getting started."

In response to Lysette's claim, Tambor admitted that he can be "volatile and ill-tempered" to work with, but denied being a "predator." He said, in part, "I am deeply sorry if any action of mine was ever misinterpreted by anyone as being sexually aggressive or if I ever offended or hurt anyone. But the fact is, for all my flaws, I am not a predator and the idea that someone might see me in that way is more distressing than I can express."

An Amazon spokesperson said Lysette's claim was being added to the streamer's "ongoing conversation."

Lysette's allegation was met with support from the trans community, with GLAAD standing with her in hope that "the inappropriate situations she and others endured on set will be remedied, and that future seasons will focus on more of the many brilliant characters that audiences love and care about." Transparent's Our Lady J, a trans writer on the series, seconded Lysette's call and asked Amazon to "not let trans content be taken down by a single cis man."

When speaking at a Paley Center panel ahead of the show's September season-four release, Tambor opened up about the guilt he felt as a cis man being cast in a trans role. When speaking with THR the following day, Billings said Tambor's guilt "spoke to his humanity," but agreed that if Maura were being cast as a cis man in 2017, "there would be a backlash unlike anything." She added, "Anytime it happens, those projects go away. There have been two movies that have come out with cis people in the lead playing trans people, and they disappeared. So, first of all, that speaks to our power. And, second of all, that speaks to the fact that the consciousness in America is changing."

The controversy follows the departure of Amazon Studios head Roy Price, who was accused of sexual harassment by Man in the High Castle executive producer Isa Dick Hackett. Amazon Studios experienced an executive purge as a result.