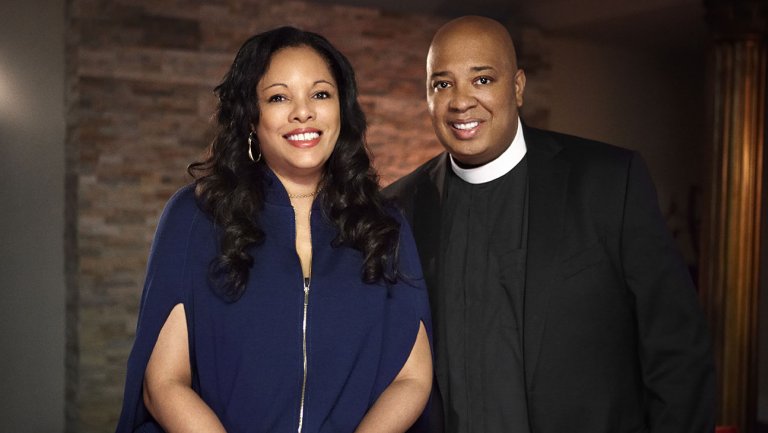 It's a success story for the comedy, passed over for pilot at ABC and filmed as a presentation because producers Amblin and ABC Studios believed in the concept.

The streaming giant has handed out a 10-episode series pickup to an untitled comedy starring Joseph "Rev. Run" Simmons and his wife, Justine Simmons.

The multicamera comedy stars Rev. Run as a legendary rapper whose plans for slowing down are thwarted when his wife Justine (played by his real-life wife, Justine) decides to pursue her own dreams. While Rev and Justine have starred in several reality shows over the years, this is their first scripted family sitcom playing characters loosely inspired by themselves. (Rev. Run was a founding member of Run-D.M.C. and is a practicing minister.)

The Rev. Run comedy has an interesting backstory. ABC landed the script, from ABC Studios and Amblin Television, in October 2016 with a sizable penalty attached after a multiple-network bidding war. The Disney-owned broadcaster then passed on picking up the multicamera comedy to pilot.

ABC Studios and Amblin Television believed in the comedy, from creator Jeremy Bronson (Speechless), and asked ABC Studios to divert their individual penalties back into shooting a "guerrilla"-style pilot presentation, similar to what 20th Century Fox Television did with Cristela three years ago. (That resulted in a series pickup.) ABC Studios obliged, offering the extra money to help deliver a competitive budget. The pilot took over the Black-ish soundstage after the ABC hit wrapped for the season and filmed a multicamera/hybrid comedy.

ABC had the first-look window at the project in May and passed, with the project shopped to broadcast, cable and streaming platforms afterward. That's when Netflix came in.

Bronson penned the script for the comedy. Andrew Reich (Friends) will serve as showrunner. The duo executive produce alongside Rev. Run and his manager, Michael Lehmann of Simmons Lehman Productions, Justine Simmons and Amblin Television co-presidents Darryl Frank and Justin Falvey. The comedy hails from ABC Signature Studios. Production will begin in January.

Rev. Run has become a staple on television with reality shows including Rev Run's Renovation, Rev Run's Sunday Suppers and MTV's Run's House, the latter of which ran for six seasons and featured Simmons and his family.

For Bronson, the Rev. Run comedy is his second series pickup of the year following ABC's single-camera comedy The Mayor, which this week received an order for three additional scripts as it awaits a potential full-season pickup.

This is the second passed-over pilot from last season's crop to land a series pickup at Netflix. The streaming giant in June picked up Debby Ryan starrer Insatiable to series after the CBS Television Studios-produced pilot narrowly missed a series pickup at The CW.