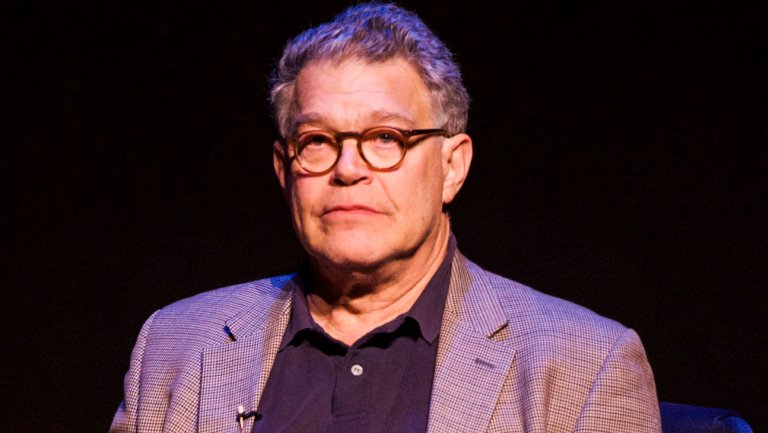 "PBS and WETA, the producing station, felt that the inclusion of Sen. Franken in the broadcast at this time would distract from the show's purpose as a celebration of American humor."

Al Franken has been edited out PBS' upcoming broadcast of David Letterman: The Mark Twain Prize amid sexual harassment allegations.

The Democratic senator from Minnesota last week was accused of sexual harassment by TV host and sports broadcaster Leeann Tweeden.

The special is scheduled to air nationally Monday at 8 p.m. ET.

"PBS will air an updated David Letterman: The Mark Twain Prize on Monday," the network on Sunday told The Hollywood Reporter in a statement. "Sen. Al Franken participated in the event, but will not appear substantially in the PBS program. PBS and WETA, the producing station, felt that the inclusion of Sen. Franken in the broadcast at this time would distract from the show's purpose as a celebration of American humor. Every year, this program is edited for both length and content to keep it entertaining and focused on its intended purpose as a celebration of American humor."

During the event, held last month at the Kennedy Center in Washington, the comedian-turned-senator thanked Letterman for a post-retirement series of videos that he and Letterman recorded together designed to raise awareness on climate change.

On Thursday, Tweeden, an anchor on McIntyre in the Morning, wrote in a first-person essay on the website for KABC talk radio that Franken kissed and groped her without her consent in 2006. Late-night hosts criticized Franken for his lewd gestures in a picture Tweeden shared that shows the senator posing with his hands over her chest during a USO tour to entertain troops in the Middle East.

Shortly after Tweeden's post, Franken released a statement through his press office, extending his "sincerest apologies to Leeann," he said. "As to the photo, it was clearly intended to be funny but wasn't. I shouldn't have done it."

Franken then released a lengthier second statement where he asked for an ethics investigation and vowed to cooperate.

"The first thing I want to do is apologize: to Leeann, to everyone else who was part of that tour, to everyone who has worked for me, to everyone I represent, and to everyone who counts on me to be an ally and supporter and champion of women," Franken began. "There's more I want to say, but the first and most important thing — and if it's the only thing you care to hear, that's fine — is: I'm sorry."