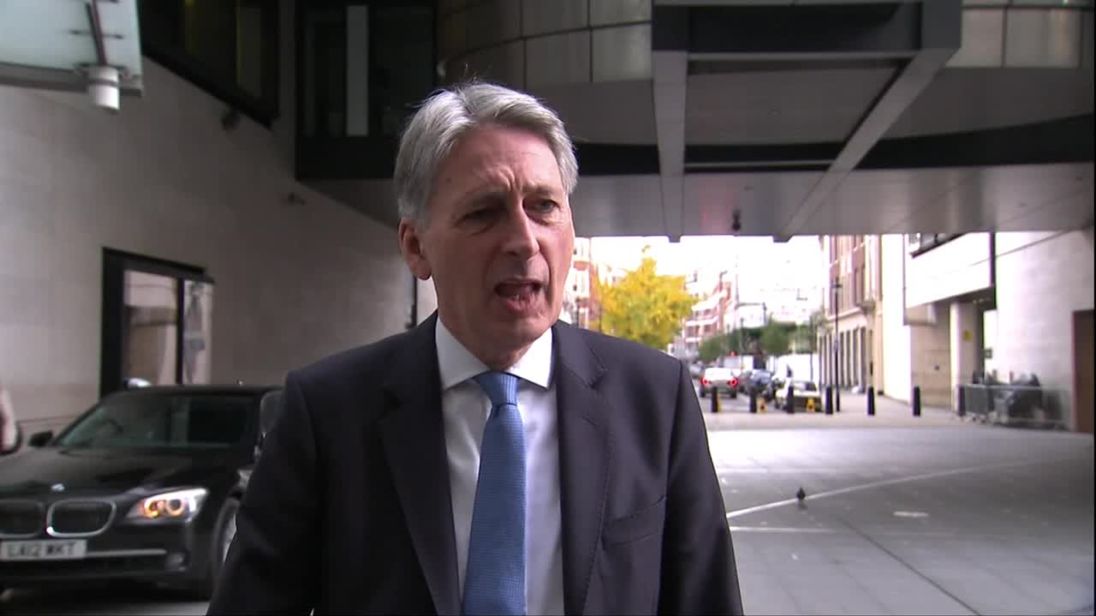 Philip Hammond will unveil his Budget on Wednesday and, as usual, there have been briefings, rumours and ministerial wrangling ahead of the Chancellor's set-piece occasion.

So, what plans are expected to be within Mr Hammond's Red Box later this week?

HOUSING: The Chancellor will pledge to build 300,000 homes per year, with the Treasury reportedly ready to find £5bn for housing schemes while tens of billions more could be earmarked for underwriting loans.

An inquiry into so-called "land-banking" by developers is also expected to lead a list of measures to try and boost Britain's housing supply, along with an attempt to reinvigorate small and medium-sized builders.

However, Mr Hammond has warned there is "no single magic bullet" and cautioned against "pouring money" into housebuilding.

This suggests the Treasury has resisted pleas by Communities and Local Government Secretary Sajid Javid to borrow a reported £50bn to fund a major new Government housing programme.

The Chancellor has also indicated he won't ease protections on greenbelt land, although he has been coy on rumours stamp duty for first-time buyers could be cut in order to help young people onto the housing ladder.

NHS: Mr Hammond has promised to address "particular pressure points" but appears ready to reject lobbying by NHS England boss Simon Stevens, who has claimed £4bn extra is needed for hospitals next year.

The Chancellor has pointed to the Government's existing commitment to meet previous NHS demands for £10bn extra by 2020, while he suggested "Armageddon" will not arrive if more cash isn't handed over.

PUBLIC SECTOR PAY: Mr Hammond has confirmed the blanket 1% cap on annual rises for public sector pay has been lifted.

And nurses are expected to be Budget Day beneficiaries with the Chancellor reportedly ready to announce new funds to boost their pay.

The Royal College of Nursing is demanding an inflation-busting hike of 3.9% and has warned it must not be funded out of existing NHS budgets.

UNIVERSAL CREDIT: Amid mounting pressure from Tory backbenchers and Labour, the Government has done little to dampen expectations the growing criticism of flagship benefit changes could be dealt with at the Budget.

Sky News has been told the controversial six-week wait for Universal Credit payments will be cut to five weeks or less in a significant concession to potential Conservative rebels.

VAT: Small businesses have been left worried by suggestions the Chancellor could lower the threshold at which they are required to charge VAT.

Firms are currently liable to charge VAT once their annual turnover reaches £85,000, but the Office for Tax Simplification has recommended reviewing the threshold.

Lowering it to £20,000 would bring it in line with the EU average and raise extra funds for the Treasury, but could prove politically unpopular as it would impact self-employed builders, decorators and B&B owners.

FUEL DUTY: Diesel drivers will be fearful of suggestions the Chancellor could introduce a fuel duty rise on diesel but continue a freeze on petrol as part of Government efforts to tackle air pollution.

NEW TECHNOLOGY: Mr Hammond is expected to boost high-tech industry by paving the way for driverless cars on British roads by 2021, as well as announcing new investment in robotics, clean fuel technology and 5G phones.