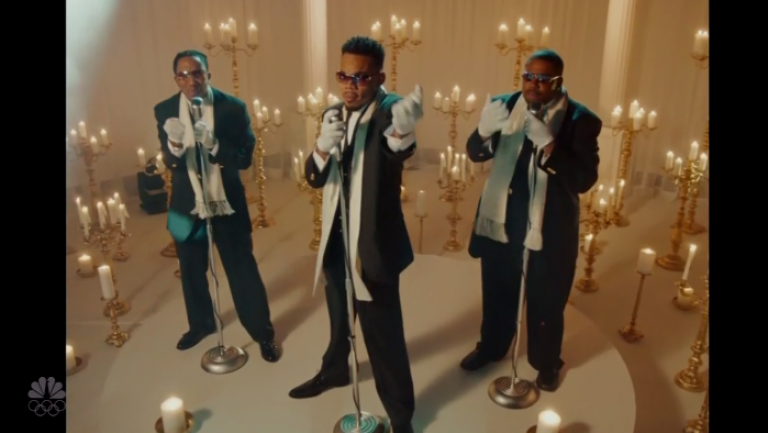 Chance the Rapper was the host of this weekend's Saturday Night Live, and while there, he joined castmembers Chris Redd and Kenan Thompson to sing a Boyz II Men style R&B ballad titled "Come Back Barack," dedicated to former President Barack Obama.

Sporting early '90s fashion styles such as long white jackets, fedoras and white gloves, the trio crooned for the prior POTUS, lamenting his absence.

"Every night I turn the TV on and cry. I say why, I feel like we're all gonna die," the trio sang while watching news footage on a classic CRT television and staring at a framed portrait of the former president.

Other lines included, "I'm in hell, dreaming about you and Michelle," and "2020's looking bad … I'd vote for Joe Biden."