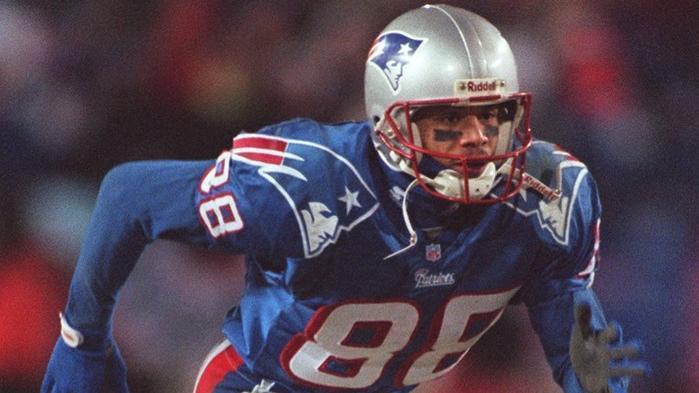 Terry Glenn dead at 43 after car crash near Dallas

Glenn died shortly before 1 a.m. at Parkland Memorial Hospital in Dallas, according to the Dallas County Medical Examiner's Office. Irving (Texas) police are investigating the cause of the wreck at 12:18 a.m. on eastbound Highway 114, said Chelsey Jones, a police department spokeswoman.

Glenn, a former star at Ohio State who lived in the Dallas area, was driving when the vehicle left the highway, struck a concrete barrier and rolled, authorities said. Glenn was ejected. Jones said his fianc?e was taken to a hospital for treatment of minor injuries. Her name and further details weren't released. Jones had no immediate information on whether the couple wore seatbelts.

Elway shaking up the Broncos' offense

Jones sending a message to other owners

Glenn played parts of 12 seasons in the NFL — six with the New England Patriots, five with the Dallas Cowboys and one with the Green Bay Packers. He made the Pro Bowl in 1999 as a member of the Patriots and finished his career with 8,823 yards and 44 touchdowns.

Former NFL quarterback Drew Bledsoe, who was Glenn's teammate with the Patriots and Cowboys, said Glenn turned a corner as he got older.

"He was one of those guys that just grew up in the worst possible environment, and he told me at one point he had a hard time trusting people because everybody he ever trusted either betrayed him or died and so he kept to himself," Bledsoe told ESPN's Todd Archer. "But as he got older, he really started to open up. When I was with him there at the end of our careers in Dallas, he really started to allow himself to trust people and started to turn a corner and become a happy person. Then with his retirement he was making a big impact on the world.

"The last time I talked to him, he just sounded like he was genuinely happy and in such a good place, and really, finally, totally overcoming those demons from the way he grew up. He was living a long and fulfilled life, and that makes it just such a horrible tragedy seeing what he overcame and then for his life to end too soon."

Glenn was selected by the Patriots with the seventh overall draft pick in 1996 and helped New England reach the Super Bowl later that season. He had four seasons with over 1,000 receiving yards, two with the Patriots and two with the Cowboys.

Patriots owner Robert Kraft said in a statement that the franchise is "shocked and deeply saddened by today's news."

"Terry was one of the most gifted receivers we have ever had," Kraft said. "For so many Patriots fans, his rookie season will be remembered as one of the most impactful in franchise history. After a disappointing 6-10 finish in 1995, we drafted Terry seventh overall, and in his first year, he helped propel the Patriots to an AFC Championship and Super Bowl appearance. One of my favorite memories came when we hosted the Pittsburgh Steelers in the divisional playoff game. It was my first home playoff game as an owner and just the second home playoff game in our history. It will always be remembered for the fog that filled Foxboro Stadium that day. Yet, on the first play from scrimmage, Drew Bledsoe threw a deep pass that disappeared in the fog and reappeared 53 yards downfield in Terry Glenn's hands. We scored on the next play and ended up winning 28-3. Our thoughts and prayers are with Terry's family, his former teammates and friends who mourn his loss."

"I was pretty close with Terry," Belichick said. "His rookie season was my first year here in '96, so I had a lot of interaction with him and other people that were involved in his life and his upbringing separate from the Patriots. Terry's a very smart individual. Had, obviously, a lot of physical skill and talent. Could do a lot of things on the football field very naturally. And I think was, deep down inside a good person with good intentions and a good heart. Obviously, it's a very unfortunate passing and a sad day."

Cowboys owner Jerry Jones said in a statement that Glenn "was a gentle and kind hearted young man."

"We are all terribly saddened by this news of his passing," Jones said. Too young and too soon. Our thoughts and prayers are with his family, his loved ones and all of the people who were touched by his life."

The Associated Press contributed to this report.