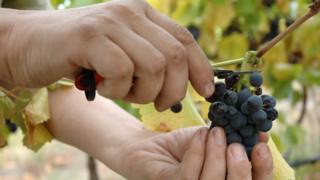 One in three backpackers and a quarter of foreign students working in Australia are being paid about half the minimum wage or less, a study has said.

The study, billed as the most comprehensive of its kind, found that wage theft of temporary migrants is endemic in Australia.

Overall, conditions are worst for those employed in food services and on farms, and for workers from Asian countries.

Authorities have urged foreign workers to report cases of exploitation.

More than 4,300 workers from 107 countries were surveyed in the "Wage Theft in Australia" report, conducted by law professors at University of Technology, Sydney (UTS) and University of New South Wales (UNSW).

Survey respondents also reported other violations that could amount to criminal forced labour, the authors said.

Minister for Employment Michaelia Cash said the government had made "several important reforms" to address exploitation in the time since the survey began.

Taiwanese backpacker Amy Chang, 33, said she was not paid in her first month as a slicer at a meatworks in regional New South Wales.

She said she was then paid A$16.86 per hour – less than the minimum wage and what Australian workers at the factory received.

"And you couldn't take sick leave or say no to working overtime, you were just worked like a machine," she said.

Ms Chang said employees knew they were being mistreated, but they were reluctant to speak out.

"Everyone was so scared of losing the job or their visa. Some of the workers joined the unions in the factories, but if you wanted to report the issue, the manager would target you."

The study authors said underpayment remained rampant across all industries, but some fared particularly badly.

"For almost 40% of students and backpackers, their lowest paid job was in a cafe, restaurant or takeaway," said co-author Prof Bassina Farbenblum, from UNSW.

Those paid the worst were undertaking fruit-picking and farm jobs, where one in seven received as little as A$5 per hour, and almost a third earned A$10 per hour or less.

The authors said some conditions could constitute forced labour:

Half of overseas workers reported either never or rarely ever receiving a pay slip, while almost half said they were paid in cash.

The report also found that a majority of workers knew they were being underpaid, but many did not expect to receive the legal minimum.

This contradicted a popular assumption that foreign workers were unaware of the minimum wage, the authors said.

"It is critical that all employers obey the law and pay the appropriate wage, regardless of the background or those employees," Ms Cash said in a statement.

Since December last year, the government had given the ombudsman greater resources and passed legislation designed to assist vulnerable workers, Ms Cash said.

The Fair Work Ombudsman urged temporary migrants, who make 11% of Australia's workforce, to look up their rights online.