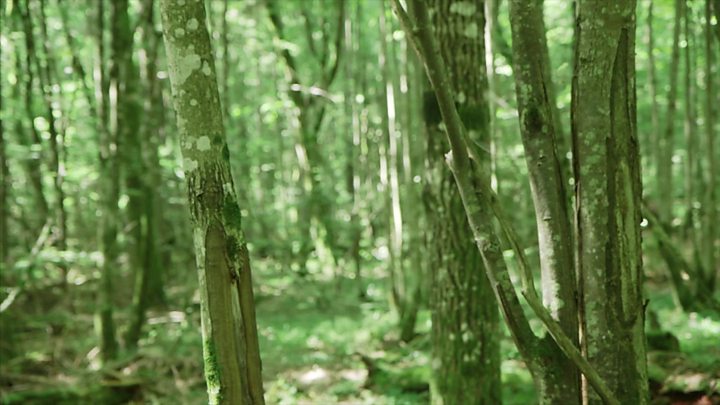 The European Court of Justice said it was taking action to avoid serious and irreparable damage to the Bialowieza forest, a Unesco World Heritage site.

Poland has not yet commented.

In a controversial decision last year, it approved a threefold increase in logging to combat spruce bark beetle.

The European Commission, which is taking legal action against Poland, has said the logging threatens the habitat of birds and animals, including bison, and can only continue in places where public safety is at risk.

The ECJ said it agreed to the imposition of daily fines because there were grounds to doubt that Poland had complied with its ruling in July to immediately halt the logging.

The European Commission argues that Poland has simply ignored the July court order and large mechanical harvesters have continued to remove trees.

Environmental groups say this is the first time the court has felt the need to impose fines on a country before the case is concluded.