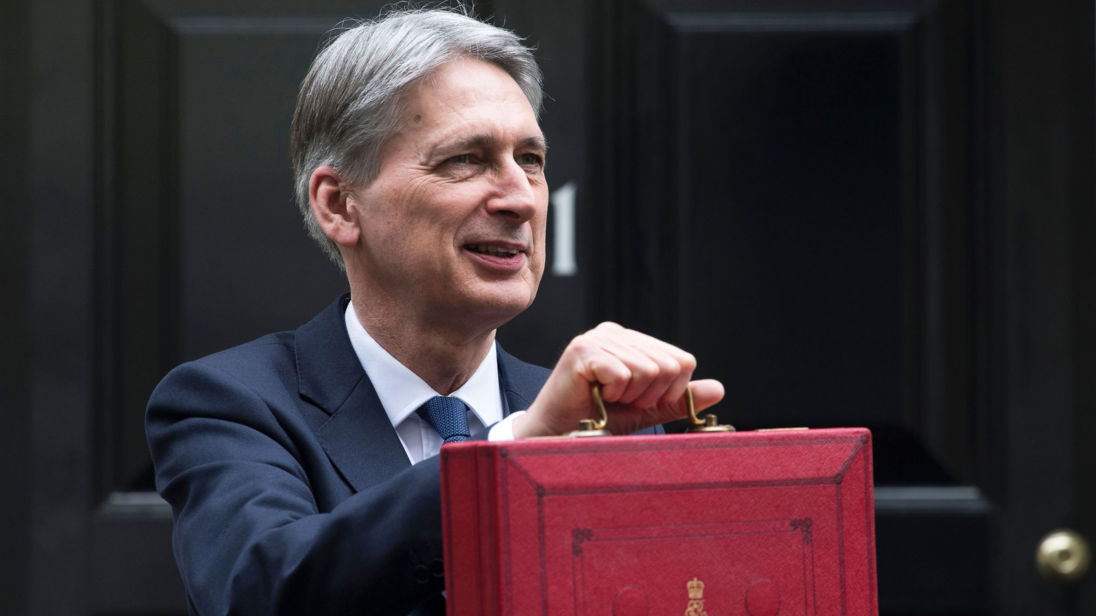 Figures from the Office for National Statistics (ONS) showed the deficit grew to £8bn last month – a rise of almost 7% on October 2016. Economists had expected a figure of £7.5bn.

While Philip Hammond remains on track to meet his borrowing target of £58.3bn for the current 2017/18 financial year, October's figure is seen as underlining the scale of the challenge he faces amid Brexit-related headwinds.

While higher inflation – a consequence of the weaker pound since the referendum – has intensified the squeeze on household budgets it has also driven up the costs of servicing the UK's debt.

That is because it pushes up the cost of index-linked bonds for the Treasury.

With no sign of inflation falling before Christmas, debt costs linked to interest rates are likely to rise further in the longer term because of the Bank of England rate rise announced this month.

The ONS reported that income tax and capital gains tax revenues rose by almost 7%, though those from corporation tax fell by nearly 1%.

Sterling dipped slightly following the announcement, trading marginally lower versus the US dollar at $1.3230.

Mr Hammond will deliver his Budget on Wednesday against a tough political and economic backdrop.

The independent Office for Budget Responsibility (OBR) is widely tipped to trim its growth forecasts as the economy grapples the effects of Brexit uncertainty but also stubbornly weak productivity.

The Chancellor has already indicated spending to help get more homes built and investment in transport.

:: Theresa May reveals £1.7m transport boost ahead of Budget

:: Under 30s to benefit from new 'millennial' railcards

Paul Hollingsworth, senior UK economist at Capital Economics, said: "Given the expected downward revisions to the OBR's economic growth forecasts, a pretty poor medium-term outlook for the public finances should therefore restrict the Chancellor's ability to provide a significant giveaway, if he wants to stick to his fiscal rules.

"As a result, we expect tomorrow's Budget to be generally cautious, incorporating a broadly neutral package of tax and spending changes."