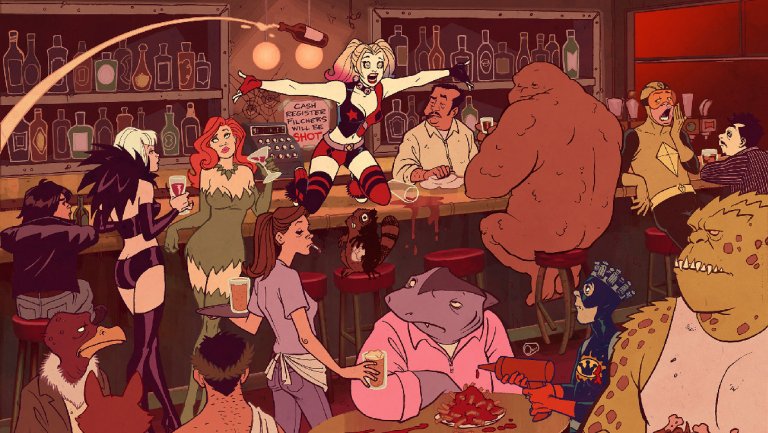 The Warner Bros. Digital Networks Group-owned platform has handed out a straight-to-series order for a Harley Quinn animated comedy.

The 26-episode half-hour project hails from Powerless trio Justin Halpern, Patrick Schumacker and Dean Lorey and is based on characters from the DC Comics universe. Harley Quinn was most recently played by Margot Robbie in the Warner Bros. feature Suicide Squad. Robbie will be asked to voice the DC platform animated series, though it's unclear if the in-demand actress will do it.

The project will also feature Poison Ivy and a cast of heroes and villains — old and new — from the DC universe. The animated series follows Harley as she breaks things off with the Joker and attempts to make it on her own as the criminal "queenpin" of Gotham City. The effort is described as an adult animated action-comedy. (Powerless, for its part, was DC Comics' first live-action half-hour comedy.)

Harley Quinn is the third series for DC's digital platform. It joins Greg Berlanti's live-action Titans series as well as the revival of former Cartoon Network animated series Young Justice. The SVOD service will launch in 2018 and arrives as Disney is also prepping its own SVOD service that will feature Marvel and Star Wars movies, among other original content including a live-action Star Wars TV show.