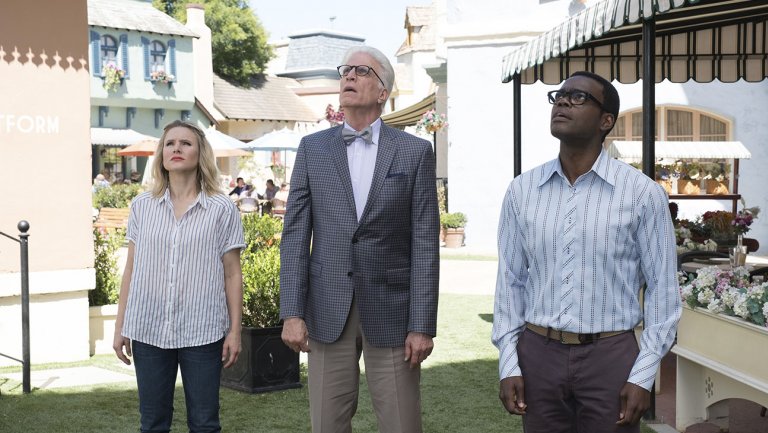 'The Good Place' Renewed for Season 3 at NBC (Exclusive)

Mike Schur's critically beloved comedy will be back for another 13 episodes.

NBC has renewed the critically acclaimed comedy for a third season. Like its first and second seasons, the third installment of the sitcom starring Kristen Bell and Ted Danson will consist of 13 episodes. Other castmembers include William Jackson Harper, Jameela Jamil, Manny Jacinto and D’Arcy Carden.

The series has garnered praise from critics, with THR's chief TV critic Tim Goodman calling it "a comedy unlike anything else on TV right now" when it debuted in September 2016. "It seems so effortlessly fun," he wrote. "Jokes are plentiful and original and the show hums along delivering a lot of welcome joy."

So far this season, The Good Place has averaged a 2.0 rating among adults 18-49 and 6.2 million total viewers, with seven days of delayed viewing. When additional platform viewing is taken into account, the show's ratings grows to a 2.6 in the key demo, a bump up from its 2.57 rating compared with this time last season.

The Good Place joins fellow early renewals on NBC's 2018-19 schedule including This Is Us and Will and Grace.