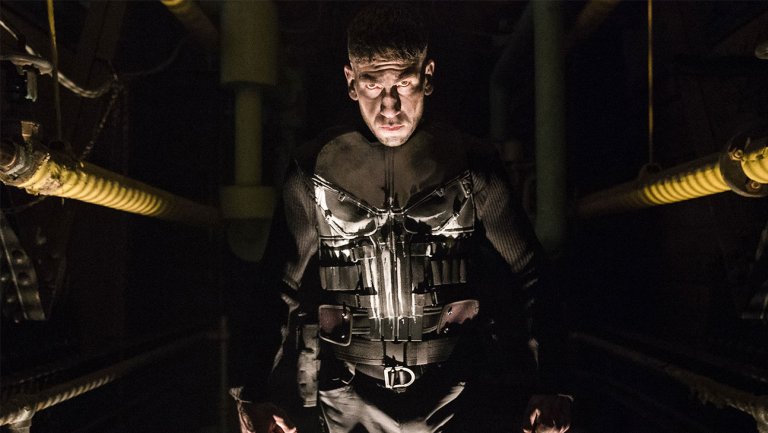 'The Punisher': 7 Burning Questions for Season 2 of the Netflix Series

[Warning: this story contains full spoilers for the first season of Marvel's The Punisher.]

Frank's back. Now what?

It's the question left hanging at the end of the first season of Marvel's The Punisher, the sixth original Netflix series set in the Marvel Cinematic Universe — and the one that's least connected to that shared universe, at that. Over the course of the intensely violent season, Frank Castle (Jon Bernthal) has finally shot and stabbed his way through everyone responsible for the deaths of his family, with the exception of one enemy he decides to leave alive. There's an unexpected sense of closure in place at the end of the season, with only a few story threads still hanging in the breeze — and those are the threads we're pulling on now.

With the first season of the series in the books, here are the seven biggest questions we're still pondering about the future of The Punisher on Netflix.

1. When will The Punisher return?

It's the top question on the board: with thirteen episodes locked and loaded, when can we expect Netflix to bring Frank Castle back into the Marvel Universe? At the moment, the future of the brand's status on the streaming service is shrouded in some measure of mystery. The second seasons of Marvel's Jessica Jones and Marvel's Luke Cage have already entered production, a second season of Marvel's Iron Fist has been announced, and a third season of Marvel's Daredevil has started casting up, with one very exciting returning player already in the mix. With the exception of Marvel's The Defenders, Netflix has renewed every single one of its Marvel endeavors. There's little reason to expect anything different when it comes to The Punisher, except for one small detail…

2. Is Frank's war really over?

The first season ends with Frank finally making strides toward some measure of peace, joining his friend Curtis' (Jason R. Moore) therapy group for veterans. In the last moments of the season, Frank owns up to being scared about living a life where he no longer has a war to fight, now that he's finally fully avenged his family. But will the new status quo remain intact? Can Frank Castle exist without the Punisher in his heart? Certainly not according to decades of Marvel Comics stories, but perhaps the live-action version of the character will legitimately end here — though showrunner Steve Lightfoot's assertion that he envisions "multiple seasons" of The Punisher suggests otherwise.

3. Why didn't we hear about Daredevil?

Frank Castle isn't exactly a team player, so it's no surprise he wasn't invited along for the ride when Marvel assembled The Defenders earlier this year. With that said, Frank's first appearance in the Marvel Cinematic Universe came courtesy of Daredevil season two. Indeed, Karen Page (Deborah Ann Woll) was an important factor in the first Punisher season. Why, then, didn't we hear at all about the ramifications of The Defenders, which concluded with the apparent death of Charlie Cox's horned hero? Does The Punisher take place before The Defenders, or was it simply a matter of the series making a conscious effort to distance itself from the rest of the Marvel world? If it's the latter, Frank making it through an entire season without commenting on the presumed death of Red feels like a missed opportunity.

If the first season of Punished ended on a bittersweet note for Frank, it was nothing but happiness for his new friend David "Micro" Lieberman, played by Ebon Moss-Bachrach. Like Frank, Micro lost his entire family thanks to the same conspiracy, but not permanently. At the end of the season, Micro's name was cleared, allowing him to return to his family without fear of reprisal. If the series continues for another season, it's hard to imagine Micro not getting back in the fight to resume his role as Frank's eye in the sky. But what would have to happen in order to get the character in such a position? Another threat against the Lieberman family — perhaps even an escalation? One shudders to think about that prospect; poor Zach (Kobi Frumer) is still recovering from nearly getting his head chopped off by the Punisher!

5. When will Punisher go all in on Jigsaw?

Speaking of people recovering from wounds sustained at the hands of Frank Castle (physically and otherwise), there's Billy Russo (Ben Barnes), still alive at the end of season one. Really, the entire first season of the series built up to the moment comic book fans were anticipating from the moment they heard the words "Billy Russo," the real name of one of the Punisher's most readily identifiable villains: Jigsaw. The way the season ends, it seems clear that Russo will return as the Punisher's disfigured foe in the future — but as Daredevil clearly established, the Marvel-Netflix shows have no problem setting bad guys up for payoffs much further down the line, given how Wilson Fisk (Vincent D'Onofrio) lorded over the first season of Netflix's inaugural Marvel series, only to appear in just two episodes of season two. We could be in for a similar deal with Jigsaw, assuming Punisher returns at all.

6. Who will Frank fight next?

If it's not Jigsaw, then who? Could we see Frank cross paths once more with the aforementioned Fisk, who will return to the Marvel Netflix Universe in the upcoming season of Daredevil? How about some new faces from the Marvel Comics catalogue? Speaking with THR, Lightfoot identified one possible adversary: Barracuda, a popular villain from Garth Ennis' Punisher MAX comics. There are a few other Punisher villains who already exist in the Netflix series, in fact, though revealing their identities would tip a potential direction for season two, however unlikely. Let's just say Billy Russo isn't the only friend in Frank's life who could betray him moving forward, and leave it at that.

7. Can we return to the beginning?

The first episode of The Punisher stands apart from the rest of the season for a few reasons, including the fact that it features Frank enacting multiple punishments across the country. It's evocative of some of the best Punisher stories, in which Frank moves from one journey for justice to another without spending too much time dwelling on the past. With Frank's family avenged, here's hoping future episodes of the show aren't as heavily serialized as season one, and instead offer up standalone stories that can further explore the themes of trauma introduced in this first season. Quite frankly, few prospects are more thrilling than the thought of an entire episode devoted to Punisher: Wine Journal.

What do you want to see next from Marvel's The Punisher? Let us know in the comments section below, and check out the rest of our season one coverage.

IcetruckNovember 21, 2017
Like story:
tweet
Sgt La David Johnson: ‘Additional remains’ found in Niger
‘Runaways’ Stars on Playing the Villains: “We Literally Have Blood on Our Hands”