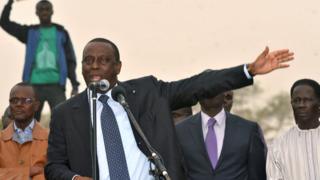 US arrests ex-Hong Kong and Senegal officials in bribery case

US authorities have arrested a former home secretary of Hong Kong and Senegal's ex-foreign minister on charges of bribing African officials.

Patrick Ho and Cheikh Gadio are accused of leading a multimillion dollar bribery scheme in Chad and Uganda on behalf of a Chinese energy company.

According to the justice department, the defendants started plotting in 2014 after meeting at the UN in New York.

Neither of the accused have commented on the charges yet.

They're accused of paying the president of Chad and the Ugandan foreign minister at the time to secure business advantages for the Chinese firm.

"Wiring almost a million dollars through New York's banking system in furtherance of their corrupt schemes, the defendants allegedly sought to generate business through bribes paid to the president of Chad and the Ugandan foreign minister," the statement quoted the acting US attorney for the Southern District of New York as saying.

The defendants stand accused of wiring almost a million dollars through New York's banking system as part of "an international corruption scheme that spanned the globe".

The justice department alleged that Mr Ho set up both bribery schemes and enlisted the assistance of Mr Gadio, who it said "had a personal relationship with the President of Chad".

There has been no official comment from authorities in Chad and Uganda so far.

The Chinese oil and gas company was not identified in the announcement by the US justice department, but described as a "Shanghai-headquartered multi-billion dollar conglomerate that operates internationally in the energy and financial sectors".

Under that legislation, it is illegal to bribe foreign officials to gain a business advantage.

IcetruckNovember 21, 2017
Like story:
tweet
WATCH: Massive fine for Uber
Gayle King: Charlie Rose “Does Not Get a Pass Here”