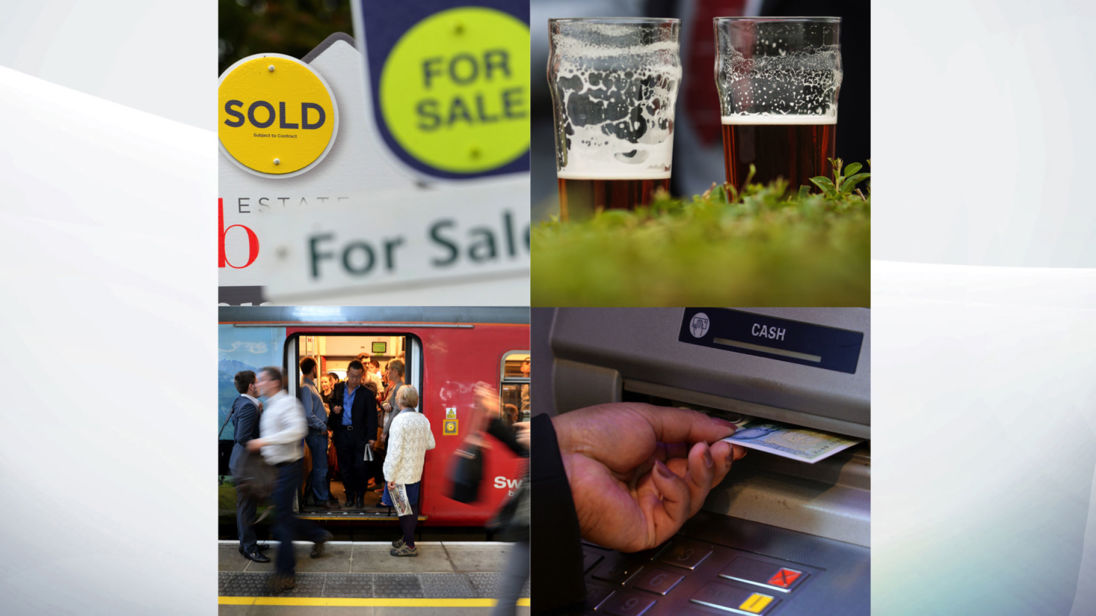 :: Help for young people to secure home deposit – abolishing stamp duty for all first-time buyer purchases on houses worth up to £300,000. This is also available on the first £300,000 of the purchase price of properties up to £500,000.

:: Wider support over next five years includes £44bn in capital loans and funding guarantees to help build 300,000 net new homes a year on average by the mid-2020s.

:: Review ordered to study planning laws and "fix problem" of "land-banking". The Chancellor threatens compulsory purchases if necessary to get projects off the ground.

:: Extra £10bn investment in this Parliament to improve resilience and make "under pressure" NHS fit for future. Makes £2.8bn available to NHS in England, with £350m for this winter.

:: Pledge of extra cash to support any new pay settlement for nurses.

:: The Government plans to re-start the sell-off of its 72% stake in the bank – which it rescued during the financial crisis – by the end of the 2018/19 financial year, according to the Treasury's Budget Red Book.

:: It aims to sell £15bn worth of the stock over five years – or around two-thirds of the stake – and estimates it will face a £26bn loss on it, though this is lower than the £29bn hit previously pencilled in.

:: The £3bn a year boost will help fund many of the Chancellor's Budget givewaways.

:: From April 2018, the first year VED (car tax) rate for diesel cars that don't meet the latest standards will go up by one band. The Chancellor emphasises this is cars only, and that the money will go to new Clean Air Fund.

:: Extra £3bn to come for Brexit preparations over next two years.

:: Debt still too high and needs to come down – OBR predicts "on track" to meet fiscal rules. Borrowing to fall in every year of the forecast to reach lowest level in 20 years by 22/23. Borrowing forecast to be £49.9bn this year; £8.4bn lower than forecast at the Spring Budget.

:: Industrial Strategy at heart of fairer Britain. National Productivity Investment Fund extended for a further year and expanded to over £31bn to upgrade Britain's economic infrastructure for the 21st Century.

:: Help for technology future by unlocking over £20bn of new investment in UK scale-up businesses, including through a new fund in the British Business Bank, "seeded with £2.5 billion of public money."

:: Working with Michael Gove to investigate how the tax system and charges on single-use plastic items can reduce waste.

Earlier this year, Sky launched its Ocean Rescue campaign aimed at reducing the amount of plastic waste that ends up in the world's seas.

"It is a crucial step towards saving our oceans – but Government can't do it alone. We must act now as businesses and as individuals before it's too late.

"This is why we launched Sky Ocean Rescue and are taking single-use plastic completely out of our business.

"And it's why we are working with our customers and employees to help them understand that they too can make a real difference. We call on other big businesses to do the same."

:: Working with CBI and TUC on National Retraining Scheme for the workplace.

:: Northern Powerhouse, the Midlands Engine and elected mayors across the UK supported with a new £1.7bn Transforming Cities Fund.

:: Help for families and businesses on cost of living: £1.5bn package to remedy concerns on Universal Credit, including removing seven-day waiting period applied at the beginning of a claim.

:: Legislate to increase duty on 'white ciders'. Duties on other ciders, wines, spirits and on beer will be frozen.

:: Tobacco to rise in line with escalator, though extra 1% duty on hand-rolling tobacco.

:: VAT registration threshold will not be reduced.

:: Small firms to get help on business rates costs by bringing forward the planned uprating switch from RPI to CPI by two years, to April 2018.

:: From April 2019, UK will apply income tax to royalties relating to digital retail sales in UK.

IcetruckNovember 22, 2017
Like story:
tweet
US Navy aircraft crash: Eight rescued off Japanese coast
US Navy plane with 11 aboard crashes into Pacific; 8 rescued