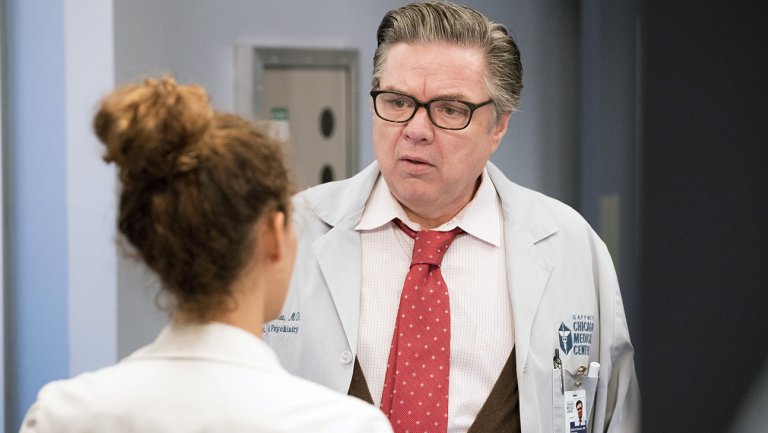 The drama holds much more of its 'This Is Us' lead-in than 'The Menendez Murders.'

NBC soundly won Tuesday night with some help from its new 10 o'clock occupant. Chicago Med returned to the schedule, averting a 1.3 rating among adults 18-49 and giving the network its best time slot showing since the top of the season.

Dick Wolf's Chicago series proved more of a live draw than his Law & Order True Crime: The Menendez Murders, which wrapped in the time slot last week. NBC's nightly win was driven by This Is Us, winning the night with a somewhat dampened 2.6 rating in the key demo, and an original episode of The Voice (1.7 adults.)

The NBC win was against the season finale of ABC's Dancing With the Stars. It dropped from Monday, earning a 1.3 rating among adults 18-49 after an abbreviated (and steady) comedy block. CBS' duo of NCIS (1.3 adults) and Bull (1.1 adults) held steady, while NCIS: New Orleans (0.9 adults) took a small hit.