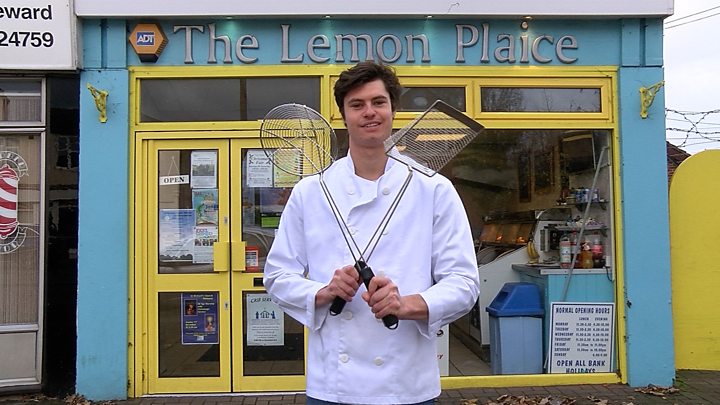 Fatty acids released into the air from cooking may contribute to the formation of clouds that cool the climate, say scientists.

Fatty acid molecules comprise about 10% of fine particulates over London, and such particles help seed clouds.

But researchers dismiss the idea that cooking fats could be used as a geo-engineering tool to reduce warming.

Instead, the research is designed to help reduce uncertainties about the role of cooking fats on climate.

These aerosols persist for longer than normal and can seed the formation of clouds which experts say can have a cooling effect on the climate.

The authors say the study will shed new light on the long term role of aerosols on temperatures.

Atmospheric aerosols are one of the areas of climate science where there are considerable uncertainties.

The description covers tiny particles that can be either solid or liquid, ranging from the dusts of the Saharan desert to soot to aerosols formed by chemical reaction.

These can have a variety of impacts, while most aerosols reflect sunlight back into space others absorb it.

Aerosols and the clouds seeded by them, are said to reflect about a quarter of the Sun's energy back into space.

Researchers have known for some time that the emissions of fatty acid molecules from chip pans and cookers may coat aerosol particles in the atmosphere – but this is the first time that scientists have looked at their role inside the droplets.

Using ultrasonic levitation to hold individual droplets of brine and oleic acid in position, the research team was able to make them float so they could analyse them with a laser beam and X-rays.

The X-rays proved crucial in revealing the inner structure.

"We found these drops could form these self-assembled phases which means these molecules can stay much longer in the atmosphere," said lead author Dr Christian Pfrang, from the University of Reading.

"These self-assembled structures are highly viscous so instead of having a water droplet you have something that behaves much more like honey, so processes inside the droplet will slow down," he told BBC News.

"They are resistant to oxidation so they stay around longer, so cloud formation will be easier."

Scientists believe that the number of fatty acid molecules in the air is relatively high, comprising about 10% of the fine particulate matter over London, according to research published last year.

This could be having an impact on the number of clouds and the amount of heat they reflect back into space.

"If you want to establish emissions control measures for McDonalds for example, you could assume that instead of two hours the molecules can last more than one day," said Dr Pfrang.

"Then this air parcel that comes from McDonalds will travel 10 times further, this is important for local air pollution but also to determine the effect of clouds which is the largest uncertainty."

Happening above our heads

"We know that the complex structures we saw are formed by similar fatty acid molecules like soap in water," said co-lead author, Dr Adam Squires, from the University of Bath,

"There, they dramatically affect whether the mixture is cloudy or transparent, solid or liquid, and how much it absorbs moisture from the atmosphere in a lab.

"The idea that this may also be happening in the air above our heads is exciting, and raises challenges in understanding what these cooking fats are really doing to the world around us."

The researchers say that current large-scale atmospheric models do not account for the role of 3-D structures in aerosols at all, according to the research team.

But they are dismissive of the idea that cooking fats could somehow be used as a form of geo-engineering to limit the impacts of global warming.

Much more important they say, is to collect molecules from the atmosphere and bring them back for further study.

"If it does have an impact, it is likely to be a cooling one," said Dr Pfrang.

The study has been published in the journal Nature Communications.

IcetruckNovember 23, 2017
Like story:
tweet
ANALYSIS: Health care should be a right, but the US doesn’t have a ‘system’
Here Are 11 Celebrities That Proved Simplicity Is Power