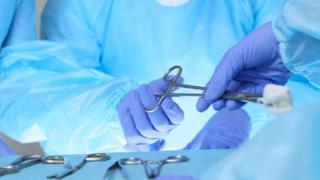 A man who almost died after suffering burns on 95 per cent of his body is now in recovery thanks to a skin graft from his twin brother, French doctors say.

The 33-year-old Frenchman, known only as Franck, had an accident at work in September 2016.

He arrived at hospital in critical condition with deep burns and within a week had received the first skin graft from his twin.

Because they are genetically identical the donor skin was not rejected.

This is not the first twin-on-twin skin transplant, but it is the first to cover such a large area, Maurice Mimoun told AFP news agency.

Mr Mimoun is a surgeon at the Saint-Louis Hospital in Paris, where the procedure was carried out.

Franck underwent about 10 graft surgeries during the four-and-a-half months he was in hospital, and was then able to be released to a rehabilitation centre.

His burnt skin was removed and he received thin layers of skin from his brother Eric's scalp, back and thighs, which were stretched "like fishnet stockings", the surgeon told Le Monde newspaper.

Normally, skin grafts take place using the skin of a deceased donor, which is typically rejected within weeks. However, this is usually enough time for the patient's own skin to begin to heal.

In this case, the skin was not rejected and there was no need for Franck to take powerful immunosuppressant drugs.

Today Franck is "at home with his partner, he can get on with his activities, his face has healed well", Mr Mimoun said.

It helped that he was in good health at the time of the accident and did not smoke, Mr Mimoun added.