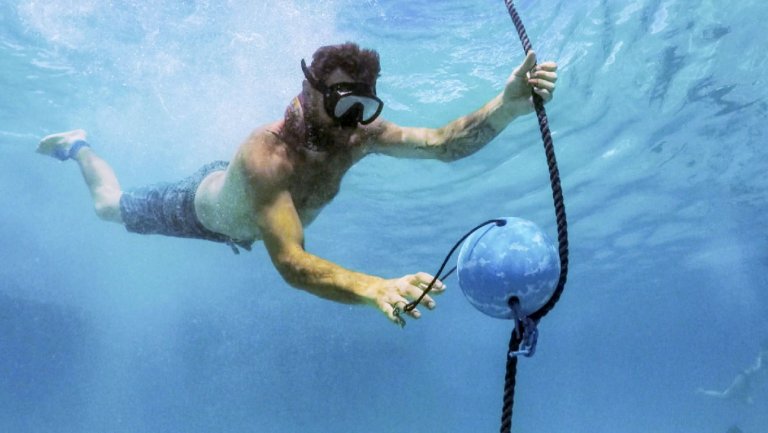 'Survivor: Heroes vs. Healers vs. Hustlers' Faces 'Fear of the Unknown'

A series of questionable strategic decisions by one castaway make a predictable 'Survivor' Tribal Council entertaining.

[This recap contains spoilers for the Wednesday, November 22 episode of Survivor: Heroes vs. Healers vs. Hustlers.]

Let's all pause to think about that Tribal Council, shall we?

So I guess that on this Thanksgiving Eve, we should all say we're thankful for Doctor Mike?

But geez, that was not good, Doctor Mike. For all of the thrusts and parries of tonight's Tribal Council, the vote went exactly the way even the most rudimentary Survivor logic would have dictated.

Basically, Cole lost an individual immunity and Cole was voted out. That wasn't hard. We'll never know how many individual immunities Cole might have won if he'd stuck around, but this was simple. You don't let a player like Cole stick around if you can avoid it. Even if you know that nobody especially likes Cole because he gossips and spills secrets and he eats food that isn't his to eat and he goes fishing for his own food and eats it alone, even if you know all of these things, voting Cole out in this circumstance shouldn't have been hard. And it wasn't. But Doctor Mike sure talked a lot.

At the top of Tribal Council, as Doctor Mike whispered to Joe, "I need you to follow my lead tonight. Just trust me," I wondered if he had a brilliant strategy. He started by saying it would be a moral and ethical failing for Ashley and Chrissy to talk about how much they hate Joe and then not vote him out, because Survivor is supposed to be like society and… something or other. I'm not sure what. So in this moment, I figured that Doctor Mike was trying to sway the Heroes/Hustlers alliance to vote for Joe and then he was going to pull out his idol and play it for Joe and it was going to be thrilling. Again, this is what he thought. I'm not sure why he would have thought that way and I guess I'd give Doctor Mike some credit for realizing that nobody was responding to him and talking about how bad Joe was. They were listening to Doctor Mike and thinking Doctor Mike sounded like an idiot and then he reversed course and started saying genuinely insane things.

"If Ben is King Arthur at the Round Table, I am happy to be the Statue of Liberty in America, because America's gonna beat England in the end," Mike declared.

This is not a sentence that has any meaning at all. Like… Ben's a half-real, half-mythological ruler from a pre-American period of England and you're a large statue that was a gift from the French? The Statue of Liberty and King Arthur have never fought each other in a war, but now I want to see Pacific Rim: The Statue of Liberty Versus King Arthur.

Then Doctor Mike played the idol on himself, quoting Emma Lazarus as he declared that America would remain in the game. America was never actually in jeopardy. Two people voted for Mike, but he was never the target, so he threw away his idol for nothing. Of course, he also would have been throwing away his idol if he'd played it on Joe. The best would have been if he'd decided to play it on Cole, because then he'd have saved Cole and sent himself home, which would have been well-deserved, which wouldn't have made any sense because Doctor Mike voted for Cole. But if Doctor Mike voted for Cole and presumably had reason to figure Joe was voting for Cole as well, what did Doctor Mike even think was happening? Did he think that he'd been nerdy and bratty enough at tribal to become a bigger nuisance than the biggest physical threat in the game? Why would he have thought that? As it stood, there was nothing good about anything he did and having found that idol was pretty much the best piece of his Survivor CV. I bet if he'd told Joe he had an idol, Joe would have come up with a better strategy for that idol.

Cole left feeling proud of himself and insisting he had romantic hopes with Jessica, who I'd already nearly forgotten about.

Wednesday's episode wasn't exciting, but it was filled with people doing confusing things. That can be entertaining in its own way.

Why did Doctor Mike do anything he did? No clue.

Why did Ryan tell Ben about his idol after having told Devon and making it clear to Devon that they were in a special two-person alliance? I know he hasn't watched this season so he had no way of knowing that this has been a season of people telling other people's secrets for no reason. I guess Ryan couldn't have predicted that Ben would then go and tell Devon about Ryan's idol, because why would Ryan have expected Ben to do that? As it stands, it looks like Ben did the right thing in telling Devon because it only made Ben look more trustworthy and Ryan less? But then why does Ben keep doing things unilaterally and then telling people that he isn't a dictator? Ashley and Chrissy are not happy with Ben at this point and there was no reason why that had to be the case. How hard would it have been for Ben to say, "Look, Cole needs to go first, but let's split the vote with Joe so that you at least know I'm taking you seriously"? Not very hard. Throwing the extra gratuitous votes to Doctor Mike was purposeless.

And why is everybody suddenly freaking out about Joe's threat this week when he was basically the same annoying guy last week when they had a free, idol-less tiebreaker vote open to target him and, instead, took Desi out for no reason?

And why was everybody shocked that that Glamour Desi, the first person on the jury, was gorgeous? She's a pageant queen, right? But Devon and a couple others were acting like they'd never seen Desi before. Or maybe they'd just forgotten her and they were like, "Oh right! Desi! We voted her out last week!"

I guess the concluding thought here is that entirely too many players this season aren't good at Survivor, but as bad at Survivor as they are, at least they executed basic strategy this week!

Bottom Line, I. You would not have predicted Lauren outlasting Cole in that uncomfortable-looking squatting immunity challenge. Lauren's position in the game is looking stronger and stronger as we move forward. She's still got her bonus vote, she's won a few things, she's been a part of alliance-building with Ben and she's not making enemies. It hurt my back to watch the immunity challenge and it hurt my brain when Jeff Probst called the dousing of fire in the challenge "symbolic of what will happen tonight at Tribal Council." In Jeff Probst's world, extinguishing fire is symbolic of extinguishing fire.

Bottom Line, III. If you recall that Doctor Mike actually started the episode by instigating a whisper campaign against Cole for peanut butter eating, I guess I might as well raise this possibility: Maybe Doctor Mike's only goal was to keep Joe quiet at Tribal? He just wanted to keep Joe from doing anything to screw up the vote, which he suspect was going to go against Cole? But he worried that maybe if Joe started talking, something else might happen? So he told Joe to be a follower and not a leader in the Tribal Council debate just to keep the apple cart from getting upset? Yeah, I've got nothing.

Bottom Line, IV. So next episode, do Mike and Joe make the appeal to Ryan, Devon and Lauren that going to a final seven with four Heroes is dangerous and they need to take out a Hero? The problem with that is that while it makes sense, the splinters were actually coming from Ashley and Chrissy within the Heroes group.

Bottom Line, V. More good nature this week. There was a camouflaging octopus and a slithering sea snake and one very industrious spider, plus the reward winners got to watch dolphins while they ate bagel sandwiches and chocolate cake. The sea snake was even mentioned in the context of the episode, but didn't come into play. And speaking of "coming into play," our remaining advantages in the game include: Ryan's idol, Lauren's extra vote and Chrissy's expired super-idol, which I continued to insist has to be used as a bluff.

Have a happy Thanksgiving, everybody! And be sure to check out Josh Wigler's interviews. See y'all again next week.

IcetruckNovember 23, 2017
Like story:
tweet
Zimbabwe, facing new leader, wonders ‘Where is Mugabe?’
Drinking 3-4 cups of coffee a day may have health benefits: study