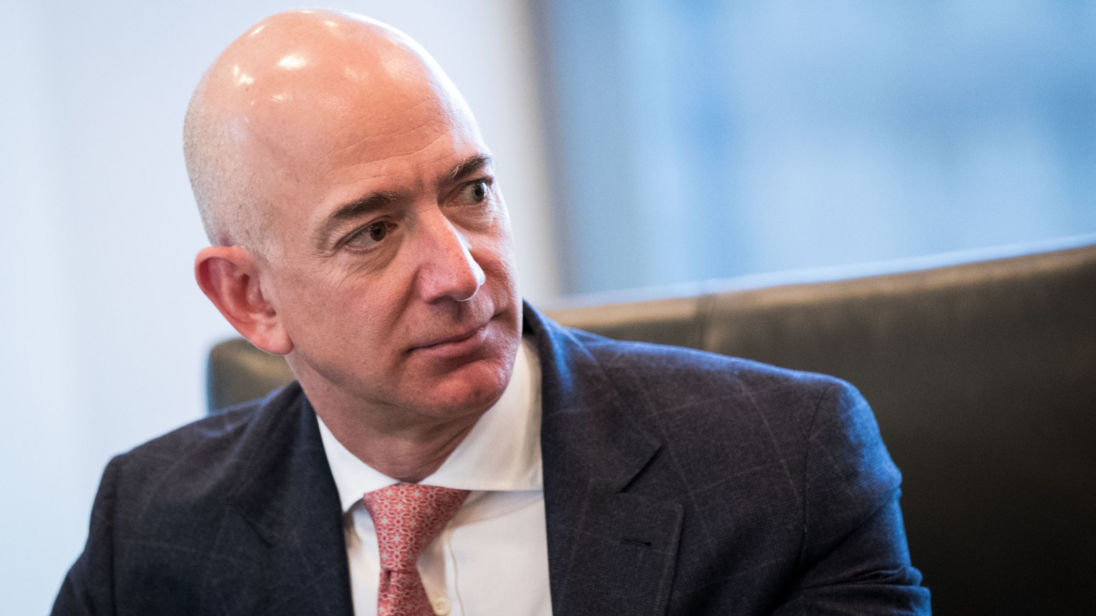 For most shoppers, Black Friday is a chance to save some pennies by landing a bargain.

But as most of us rummage for deals, one man has come out on top – by several billion dollars.

On Friday, Amazon founder Jeff Bezos became the only person with a $100bn (£75bn) fortune, seeing his wealth creep up by $2.4bn thanks to a 2% jump in Amazon's shares.

Mr Bezos is the first person to hit that level since Microsoft co-founder Bill Gates in 1999.

The increase, to $100.3bn, is thanks in part to the clamour for Black Friday deals – Amazon shares have gone up 5% this week alone.

Online sales for Black Friday are up 18.4% from last year, while the projected final spend is $5bn, according to Adobe Analytics.

:: How to avoid getting ripped off on Black Friday

Ten percent of US retail sales are online, and Amazon had a 43% share of that last year.

The firm continues to extend its reach, this year moving into the grocery shopping sector with the purchase of Wholefoods.

Despite being a hit with many, fears persist about Amazon's effect on independent traders and smaller businesses.

The firm has also been criticised over its tax arrangements.

In October, the European Commission ordered it to pay around €250m (£220m) in back taxes after finding it had benefited from an illegal sweetheart deal with Luxembourg.

But as the company continues to grow, Mr Bezos has seen his wealth increase by $32.6bn in the last year alone.

The rise outstripped anyone else on Bloomberg's Billionaire's Index, and edged Bezos ahead of Bill Gates as the world's richest person in July.