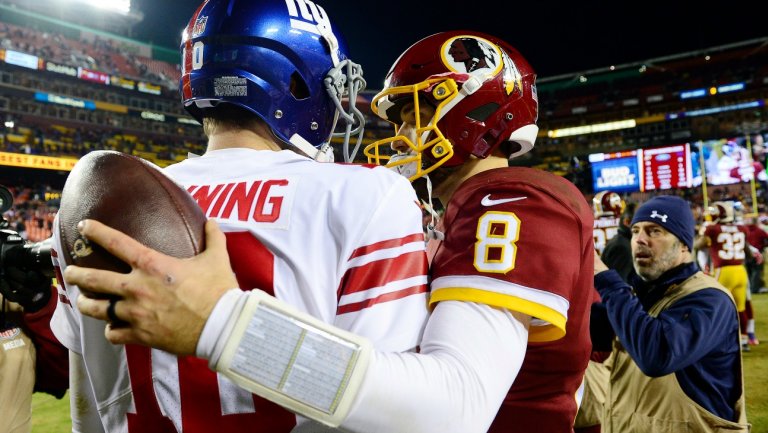 The night's primetime game was down around 10 percent from the comparable NBC showing in 2016.

The night's primetime game, the Washington Redskins' 20-10 victory over the New York Giants, was down around 10 percent from the comparable NBC showing in 2016, with the matchup averaging a 9.7 overnight rating among households. It's not as steep of a dip as the one seen last year, but it still stings on a night where little else is happening on TV.

The 2016 game between the Pittsburgh Steelers and the Indianapolis Colts scored a 10.8 household rating.

While returns for the day's afternoon games are still pending, CBS, for one, faced difficult challenges with audiences. Not only did the later window game between the Los Angeles Chargers and the Dallas Cowboys suffer from a lopsided score (the Chargers beat the Cowboys 28-6), Thursday saw Dish subscribers lose CBS because of a now-resolved carriage dispute.

Fox carried the early window this year, airing the Detroit Lions' 30-23 loss to the Minnesota Vikings.