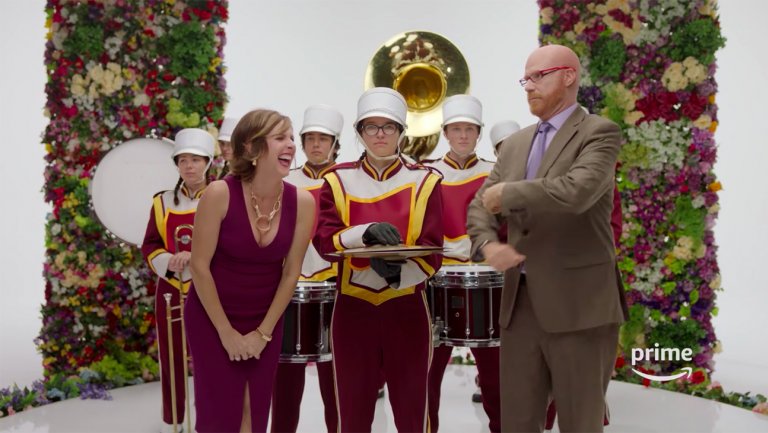 Will Ferrell and Molly Shannon are kicking off 2018 in Pasadena.

The Saturday Night Live alums are reuniting to host coverage of the 2018 Rose Parade in an Amazon Prime Video live stream, presented by Funny or Die.

Ferrell and Shannon will emcee the special in-character as Cord Hosenbeck and Tish Cattigan, fictional local TV hosts who have covered the annual event for the past 25 years.

Amazon's announcement noted that Hosenbeck is a frequent television and radio host dedicated to physical and mental wellness, and has authored over 30 books on subjects ranging from diet to dressing for success. Additionally, Cattigan, a former Miss Arizona, has written books about relationships, co-dependency, marriage and wellness. She also is known for her two-show stint as assistant district attorney Keller on L.A. Law.

"Tish and I wait all year for this and this year it’s going to be the biggest, the best, the most fun parade ever!” said Cord. Added Tish, “Pasadena in January! I wouldn’t miss it for the world!"

“Cord and Tish are parade legends, beloved the world over, and it was such a coup for us to steal them away to Amazon Prime Video for their first-ever live-streamed parade,” said Amazon Originals head of unscripted Heather Schuster. “We’re excited to bring Prime members this unprecedented live event from these veteran parade commentators.”

Said Tournament of Roses president Lance Tibbet: “We are honored to work with Amazon Prime Video on this exciting broadcast.”