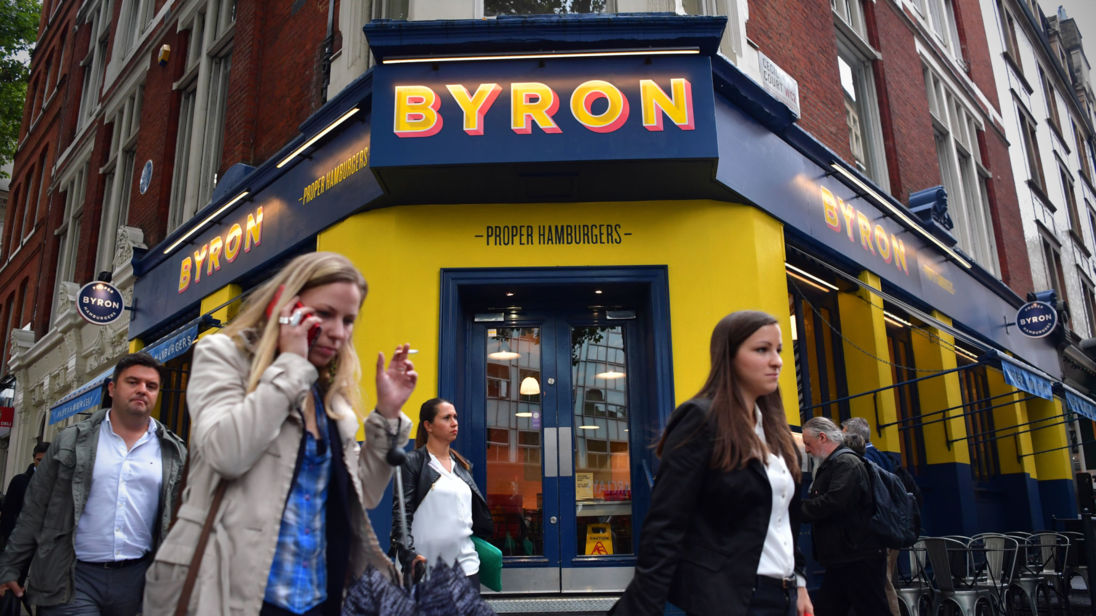 A former owner of Little Chef is among a pack of bidders plotting a cut-price takeover of Byron, the gourmet burger chain caught in the headwinds afflicting Britain’s casual dining sector.

Sky News understands that R Capital, which specialises in buying troubled businesses, is one of several suitors to have held talks with Byron's owners and management in recent weeks.

News of the interest from R Capital, which sold Little Chef in 2013, comes a month after Byron's investors hired KPMG to evaluate options for their ownership of the company.

Sources said this weekend that some prospective bidders were proposing to pay as little as £25m for the burger chain.

That would be a far cry from the £100m price tag attached to Byron when it last changed hands and underlines the challenges facing any new owners.

Potential bidders had indicated "a wide range of valuations for Byron", a source insisted on Sunday.

Byron has been owned by Hutton Collins, an investment firm, for four years and employs 1,800 people.

Insiders pointed out that the company had not breached its banking covenants, contrary to market rumours, and was not considering a company voluntary arrangement, a process which enables property-owners to close loss-making outlets more cheaply.

Information distributed to potential bidders does, however, indicate that 13 of its sites are loss-making or marginal, and fall into a category entitled 'exit immediately'.

A further dozen restaurants are marked for review and could be exited by a new owner "with or without a premium", according to Byron.

The company trades from just over 70 sites across the UK, having opened its first restaurant in 2007.

Its highest-profile customer was George Osborne, who as the Chancellor attracted ridicule when he posted a picture of himself on social media eating a Byron burger during preparations for a Government spending review in 2013.

The chain has seen a downturn in trading performance in recent months amid broader pressure on the restaurant sector amid greater competition from high street and delivery-based rivals.

During the summer, Handmade Burger Co collapsed into administration, while companies including The Restaurant Group – which owns Garfunkel's and Frankie & Benny's – have been forced to change their leadership teams in an effort to revive their fortunes.

A source close to Byron insisted that it remained focused on growth, with a new restaurant expected to open in Bath next year.

Byron declined to comment, while R Capital could not be reached.