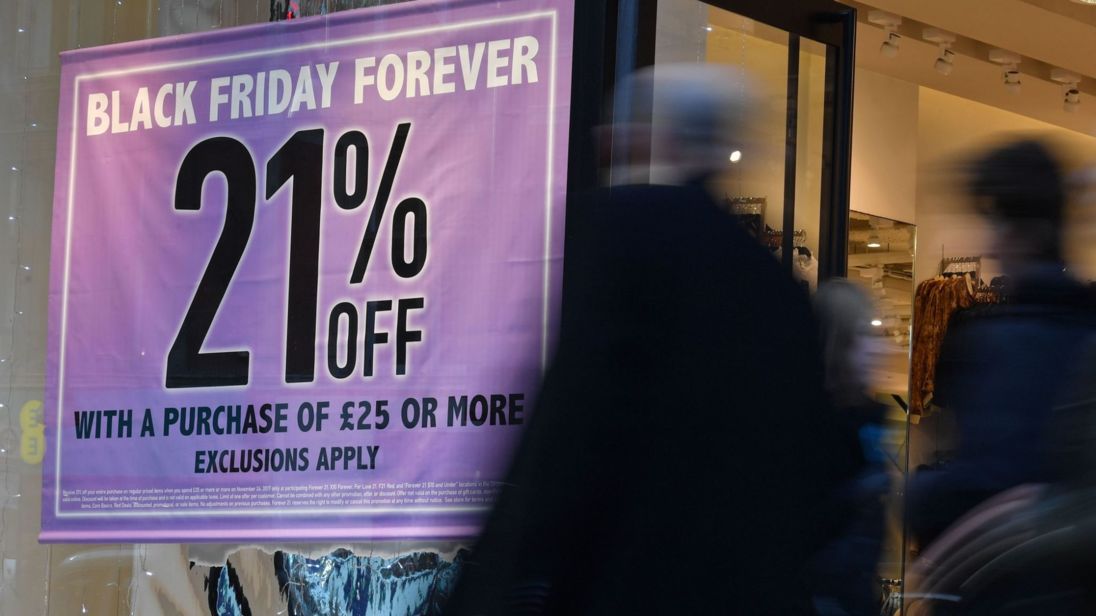 Retailers will be hoping for a better performance on the latest big pre-Christmas shopping day, Cyber Monday, as early figures showed a fall in store visits on Black Friday.

Cyber Monday completes a four-day consumer bonanza with billions expected to be shelled out online and in-store amid a raft of price offers.

But some experts have doubts over the impact of such events, which are often now spread over a number of days rather than taking place on just one.

Figures from data analysts Springboard showed footfall at shopping locations was down 3.6% on Black Friday last week – more than the expected decline of 0.6%. In high streets, the decline was 4.2%.

Its report said the squeeze on household income as inflation and interest rates rise was one factor but that there was also the fact that many shops were on sale before Friday.

:: Why Britain has embraced Black Friday

Springboard also said there was growing recognition among consumers that many discounts continue and even increase after Black Friday.

Meanwhile, retailers were promoting more and more offers online rather than in store.

The report predicted further footfall of 4% on Cyber Monday.

Separate figures from VoucherCodes and the Centre for Retail Research predicted that 21.5 million people would head online for Cyber Monday bargains.

They forecast that £7.8bn would be spent over the four-day period, up 7% on last year.

Department store John Lewis said on Friday that it had seen its biggest ever hour of online trading, with 705 units purchased per minute on average between 9am and 10am – with "iPad" the number one search term.