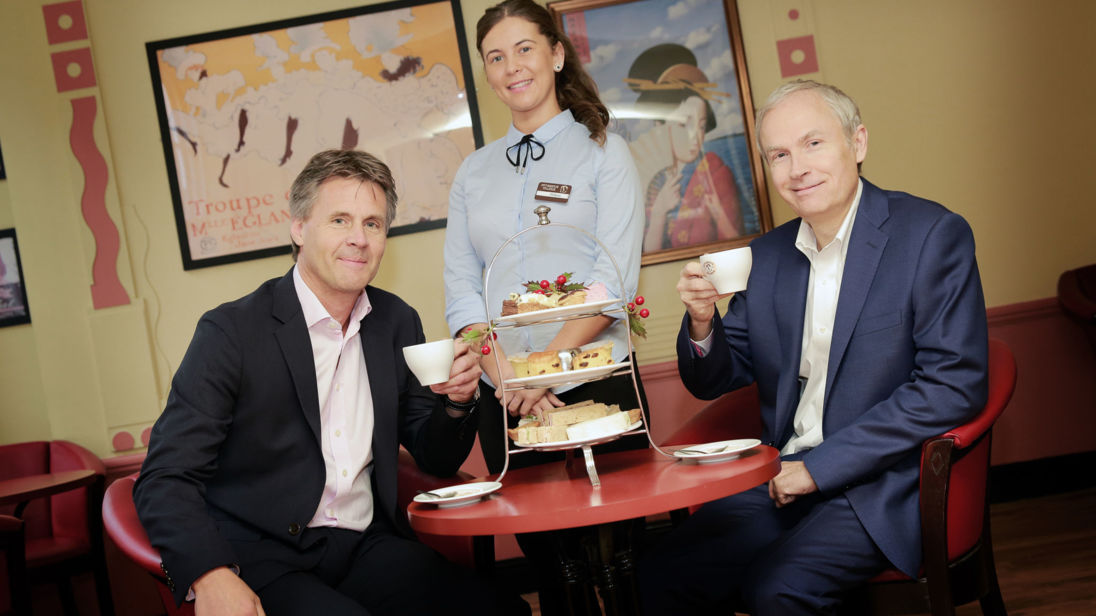 The owner of cake maker Patisserie Valerie has reported a 17% rise in annual profits despite inflation and wage increases taking a slice of its bottom line.

Shares rose 8.7% on the day after Patisserie Holdings also outlined fresh expansion plans and said it was looking at opening a new production facility in Manchester to serve some of its stores.

The group, which also benefited from a tie-up with Sainsbury's, did not disclose comparable sales of stores that have been open for a year or more.

It said the new financial year had started encouragingly.

The group is targeting 20 new store openings for 2018.

Chief executive Paul May said it had faced rising costs in the first half of the year though these had returned to normal in the second half, while it had worked with suppliers and looked for efficiencies, to try to absorb the impact.

It is the latest business to feel the pinch from higher ingredient costs at a time when the slump in the pound after the Brexit vote has driven import prices higher.

Many consumer facing firms have also been struggling as a result of the wider squeeze on household income as inflation bites.

Patisserie Holdings executive chairman Luke Johnson said: "We have delivered another year of excellent financial results, achieving our targets in a challenging environment.

"Our indulgent, affordable treats remain attractive to customers, and our flexible business model has enabled us to mitigate inflationary cost pressures."

It currently serves its stores from a main bakery in Birmingham and seven satellite bakeries across the UK.

Mr May said it was now looking at options for an additional production facility in Manchester serving 70 stores, as well as in-store baking of some products within all outlets.