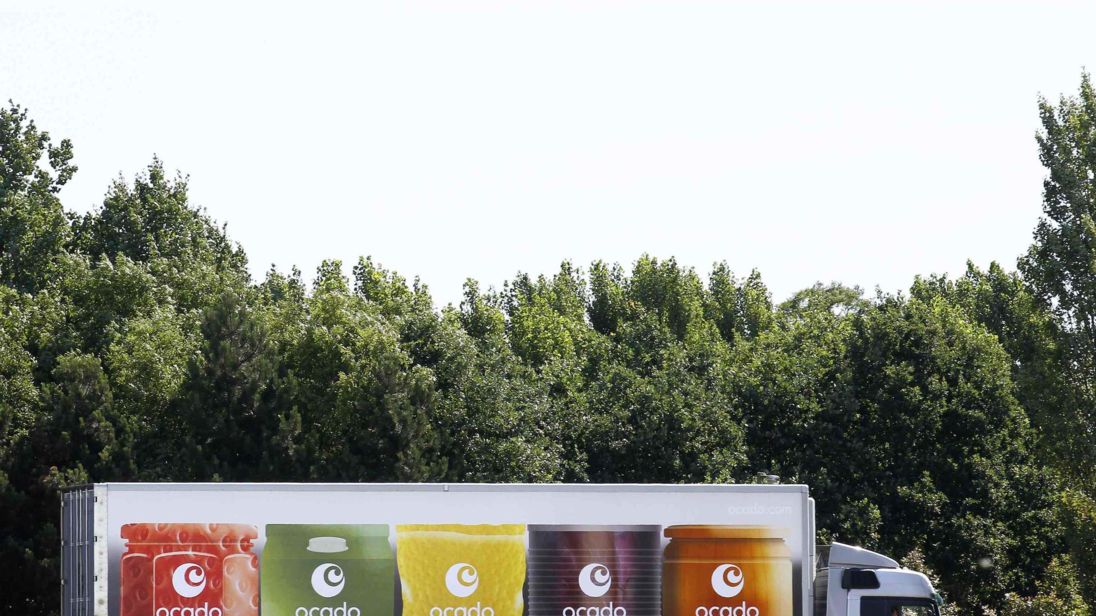 Shares in online retailer Ocado have surged by more than 20% after it announced a tie-up with French supermarket owner Groupe Casino.

The group is to use the British FTSE 250 company's e-commerce platform to develop its online business, starting with its Monoprix brand.

A partnership with an international retailer is seen by analysts as key to Ocado's growth prospects, and it said that it expected the deal to create "significant long-term value to the business".

The agreement includes plans to build a state-of-the-art automated warehouse using the UK firm's technological know-how to serve the Greater Paris area and the Normandy and Hauts de France regions.

Groupe Casino will pay upfront and ongoing fees as part of the deal.

Ocado expects it to be earnings neutral next year as it invests in setting up the partnership, with profitability beginning to grow from the following year.

The company started life delivering food from upmarket grocer Waitrose and has since branched out through a tie-up with Morrisons.

It has been under pressure to come up with an international deal and in June revealed that it had struck an agreement with a European retailer, though until now without giving a name.

Chief executive Tim Steiner said: "We continue to make investments to commercialise our proprietary platform and expect this deal to be one of many successful collaborations with leading retailers to use it the world over."

"50,000 food items will be offered in the first stage to customers in the Greater Paris area with precise and speedy delivery at home and through a platform which makes it achievable to do this profitably."

George Salmon, equity analyst at Hargreaves Lansdown, said: "There's never been much doubt about Ocado's technology, but to what extent the group can monetise its wondrous whirring machines has long been debated.

"While we'll need to see more deals come through, this development has kick-started Ocado's transformation from niche British retailer into an international provider of game-changing technology."