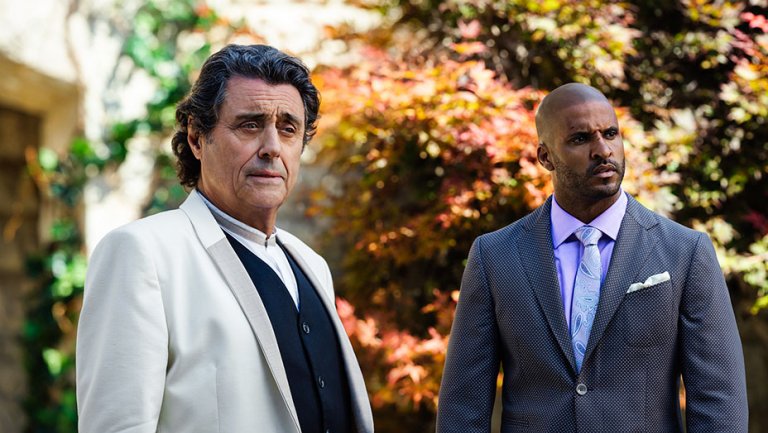 Most of the scripts for the sophomore season of the Neil Gaiman drama have already been completed.

There's a change at the top of Starz's American Gods.

Showrunners Bryan Fuller and Michael Green have stepped down from the Fremantle-produced Neil Gaiman drama. A replacement has not yet been determined. Starz declined comment. Sources say Fuller and Green — who developed the series for TV — had creative differences with producers Fremantle over the show's (rapidly expanding) budget.

American Gods had a long and challenging road to TV. The adaptation was originally set up at HBO in 2011 with Tom Hanks' Playtone banner attached. HBO ultimately passed on the drama before Starz and Fuller came on board in 2014. The project received a series order the following year. Originally ordered for 10 episodes, the show underwent multiple rewrites with Fuller scrapping multiple episodes and reworking others. What's more, Fuller was juggling American Gods and CBS All Access' Star Trek: Discovery — the latter franchise having been a dream job since he was a kid — and exited the latter to focus his attention on the Starz show. He next has anthology Amazing Stories set up as one of tech giant Apple's first scripted forays. Green, meanwhile, is one of the hottest writers in town. He is developing Brian K. Vaughan's beloved comic Y: The Last Man at FX and executive producing Netflix's superhero show Raising Dion. On the feature side, he penned screenplays for Logan, Blade Runner 2049 and Murder on the Orient Express. And the latter are just this year alone. Based on Neil Gaiman's 2001 novel of the same name, American Gods centers on a war brewing between old and new gods: the traditional gods of biblical and mythological roots from around the world steadily losing believers to an upstart pantheon of gods reflecting society’s modern love of money, technology, media, celebrity and drugs. Ricky Whittle and Ian McShane star. American GodsRead the full article – Hollywoodreporter.com