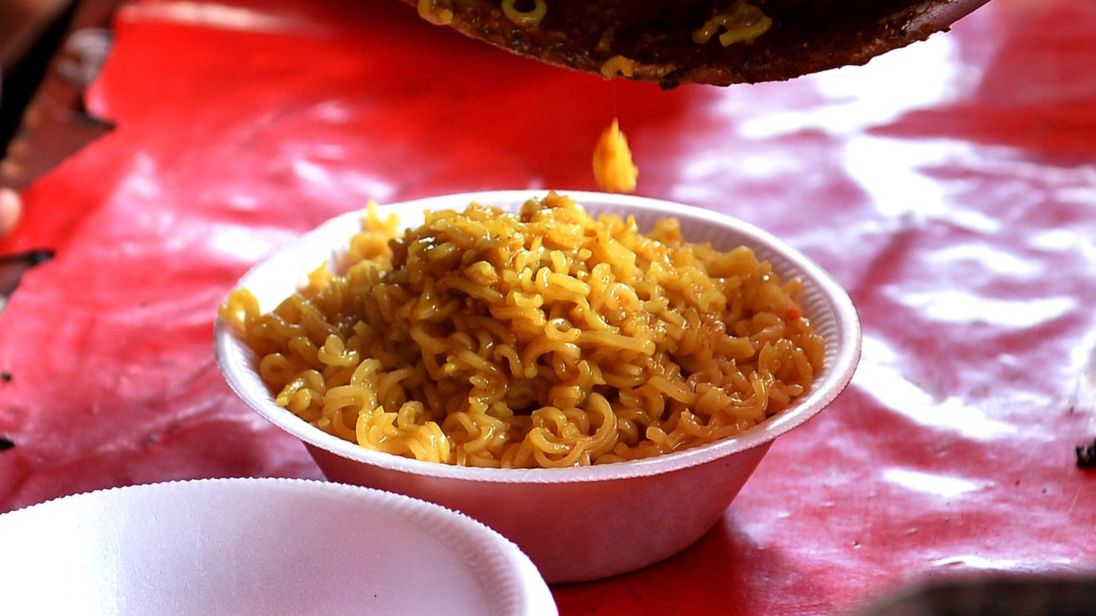 Nestle India has been hit with a hefty fine for selling substandard instant noodles after tests found high ash and lead content in its popular Maggi brand.

The case against the Swiss food giant's Indian unit is one of several brought by regulators after they found excess lead, ash and flavour enhancer monosodium glutamate (MSG) in samples seized in the state of Uttar Pradesh between 2015 and 2016.

Nestlé India has said it will appeal the decision.

A company spokesman said: "This appears to be a case of application of incorrect standards, and we will file an appeal urgently once we receive the order."

:: Slurp no more: Smart cutlery for the noodle gourmet generation

The manufacturer was forced to recall 38,000 tonnes of noodles from millions of shelves to destroy them.

At the time Nestle India said: "Maggi Noodles are completely safe and have been trusted in India for over 30 years.

"The trust of our consumers and the safety of our products is our first priority. Unfortunately, recent developments and unfounded concerns about the product have led to an environment of confusion for the consumer, to such an extent that we have decided to withdraw the product off the shelves, despite the product being safe.

"We promise that the trusted Maggi Noodles will be back in the market as soon as the current situation is clarified."

The ban was later relaxed in November 2015.