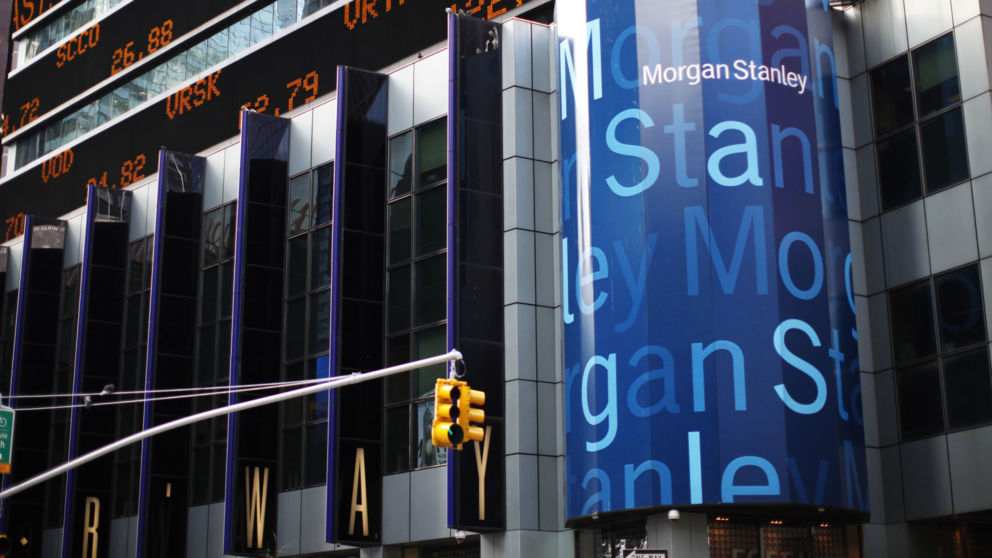 Jeremy Corbyn is clearly angry at comments made by the investment bank Morgan Stanley earlier this week.

The Wall Street giant, in its look-ahead to 2018, warned the UK's "domestic political situation is at least as significant as Brexit" given the "perceived risks of an incoming Labour administration that could potentially embark on a radical change of policy direction".

Mr Corbyn retorted: "Bankers like Morgan Stanley should not run our country, but they think they do…these are the same speculators and gamblers that crashed our economy in 2008 and then we had to bail them out."

It looks like sensible politics from the Labour leader.

Many people across the political spectrum remain angry about the conduct of some in Wall Street and the City in the build-up to the financial crisis and, particularly among Mr Corbyn's political base on the Left, it is widely believed – as he asserted in his video to supporters – that the financial crisis was used as an excuse by the Coalition government, elected in 2010, to row back state spending.

:: Corbyn to Morgan Stanley: 'You're right, we're a threat'

Unfortunately, on this occasion, a lot of Mr Corbyn's allegations fail to stand up to scrutiny.

Morgan Stanley – whose directors include Alistair Darling, the last Labour Chancellor – received no rescue from the UK government in 2008, while it can hardly be said to have "crashed" the UK economy.

The banks needing rescuing by the UK taxpayer were not the investment banks Mr Corbyn accuses of being "speculators and gamblers" but commercial lenders such as Northern Rock.

Nor is it true, as was being widely suggested by Mr Corbyn's supporters on social media, that Morgan Stanley still owes US taxpayers money in respect of the post-crisis bail-out.

Yes, it was a beneficiary of the US government's Troubled Asset Relief Plan (TARP) launched in October 2008, receiving a loan of $10bn.

However, this money was repaid in June 2009, making Morgan Stanley one of the first banks to return everything it borrowed from the government.

The US taxpayer, meanwhile, enjoyed a gain of more than $20bn on TARP.

Moreover, the warning from Morgan Stanley is already being borne out.

This lacklustre showing may partly reflect investors pricing in weaker company earnings as Brexit looms, but also undoubtedly reflects anxieties about the possibility of Mr Corbyn coming to power.

Political risk is already being priced into the UK stock market and Morgan Stanley was merely highlighting that to its clients.

He might also have acknowledged that as much as £6.75bn of those bonuses will have gone straight to HMRC in taxes – part of the overall £72bn tax bill paid by the financial services sector last year and which accounts for more than £1 in every £10 in taxes collected last year by the UK government.

What of Mr Corbyn's other main assertion?

This is that "the Tories used the aftermath of the financial crisis to push through unnecessary and deeply damaging austerity. That's meant a crisis in our public services."

Again, it is an interpretation of history many will challenge.

The then Governor of the Bank of England, Mervyn King, was warning the Treasury Select Committee as long ago as November 2009 that "there will certainly need to be a plan for the lifetime of the next parliament…to show how those deficits will be brought down if the economy recovers to reach levels of deficits below those shown in the Budget figures."

The following April, just before the 2010 general election, the Governor of Australia's central bank revealed Mr King had told him in a private meeting: "Whoever wins this election will be out of power for a whole generation because of how tough the fiscal austerity will have to be."

Moreover, the deficit reduction programme set out by Mr Darling in his 2010 Budget was aimed at halving the deficit within the terms of the next Parliament, which is exactly what his successor, George Osborne, actually achieved.

During that period, meanwhile, Britain's national debt as a percentage of GDP continued to rise – unlike in countries such as the Republic of Ireland – causing Lord Macpherson, Permanent Secretary to the Treasury under Gordon Brown, Mr Darling and Mr Osborne, to write recently: "Britain never experienced austerity."

He said: "As a financial practitioner for well over 30 years, uncertainty is no surprise to me – for example, when I started in finance, Venezuela [enjoyed] a AAA credit [rating]…Venezuela is now in default."

Mr Corbyn is an admirer of Venezuela and told the Commons in 2013 that the country's former leader, Hugo Chavez, "showed us that there is a different and a better way of doing things."

It would be quite a coincidence if Mr Sharp chose the example of Venezuela randomly.