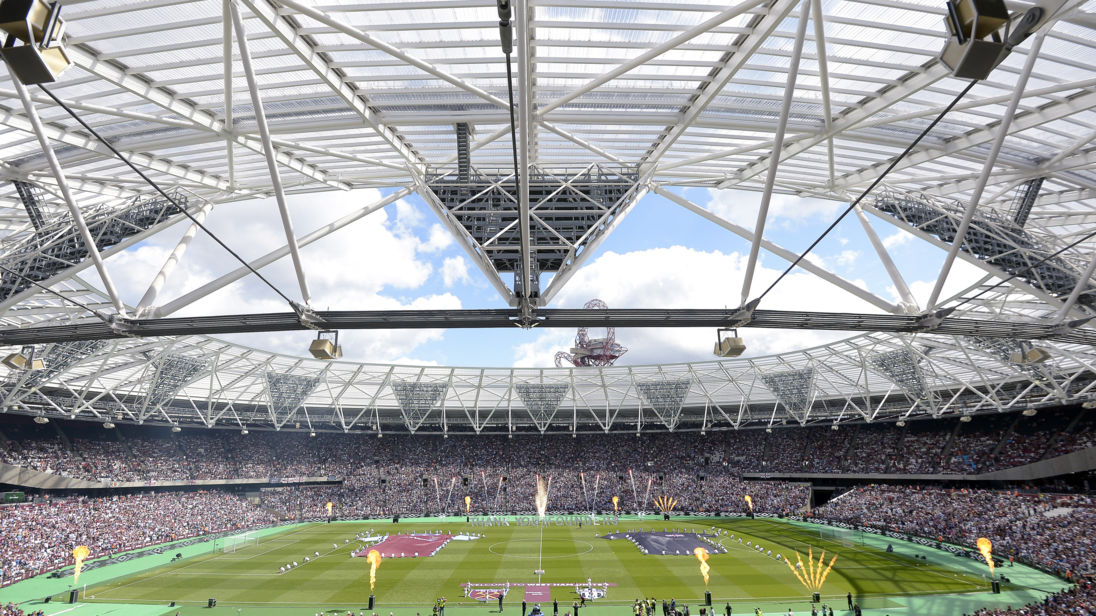 Sadiq Khan has told Sky News he is "exploring all avenues" when it comes to the deal West Ham United agreed for the loss-making London Stadium.

The London Mayor was speaking after announcing a deal to take control of the east London venue in a bid to get a grip on its finances.

An independent report on the transformation of the former Olympic stadium into a football ground has found there was a "catalogue of errors" which led to massively increased costs.

It said that opting for the taxpayer to foot the bill instead of West Ham led to an "expensive" and "onerous" deal, with the transformation costing £133m more than estimated.

The stadium, which is also now used for concerts and athletics, is projected to lose £24m in 2017-18.

Speaking to Sky's Dan Whitehead, Mr Khan said he did not fault the Premier League club for not "looking a gift horse in the mouth" and agreeing the "deal of the century" – paying just £2.5m a year in rent for the 60,000-seat venue.

He said: "We're going to work with West Ham, they're our partners. It's not their fault they were given such a fantastic deal by the previous mayor. Who can blame them?"

Mr Khan added: "One of the concerns I've got is to make sure we've got a legacy that's not costing the taxpayer money every year."

Mr Khan, who ordered the probe after it was revealed the bill had climbed to £323m, earlier described the report's findings as "simply staggering".

"Not for the first time, it reveals a bungled decision-making process that has the previous mayor's fingerprints all over it," he claimed.

"Boris Johnson clearly panicked when faced with legal challenges about West Ham and Newham's joint bid to take ownership of the stadium and then decided to re-run the bid process with the taxpayer taking all the risks and footing almost the whole bill. You simply couldn't make it up.

"The fact he also failed to properly examine the transformation costs or the entirely inadequate estimates for moving the retractable seats leaves us squarely in the dire financial situation we are in."

The stadium's post-Olympic legacy has been controversial from the outset, with West Ham involved in a bidding war with London rivals Tottenham Hotspur to become the anchor tenants.

West Ham won, agreeing a deal under which they made a one-off contribution of £15m to the conversion costs and pay £2.5m a year in rent.

London Legacy Development Corporation (LLDC), which operates the venue for the Greater London Authority, admitted issues with retractable seating were the biggest cause of the skyrocketing costs.

In response to the report, West Ham said the club had "entered a fair and competitive tender process" for the stadium and welcomed the mayor's intervention.

Their statement added: "The stadium itself craves renewed leadership and direction and we welcome the mayor's decision to step in and deliver this. West Ham United is firmly behind him."

Sources close to Mr Johnson said he was not to blame for the fiasco.

An ally said: "The mistakes belonged to Khan's Labour predecessor Ken Livingstone and the Blair government.

"Signing off on a stadium fit only for athletics was a massive error. The only option for Boris was conversion to a multi-use venue.

"If Sadiq Khan wants to try and blame someone he should blame his New Labour pals and the old Labour mayor for their catastrophic planning failures."