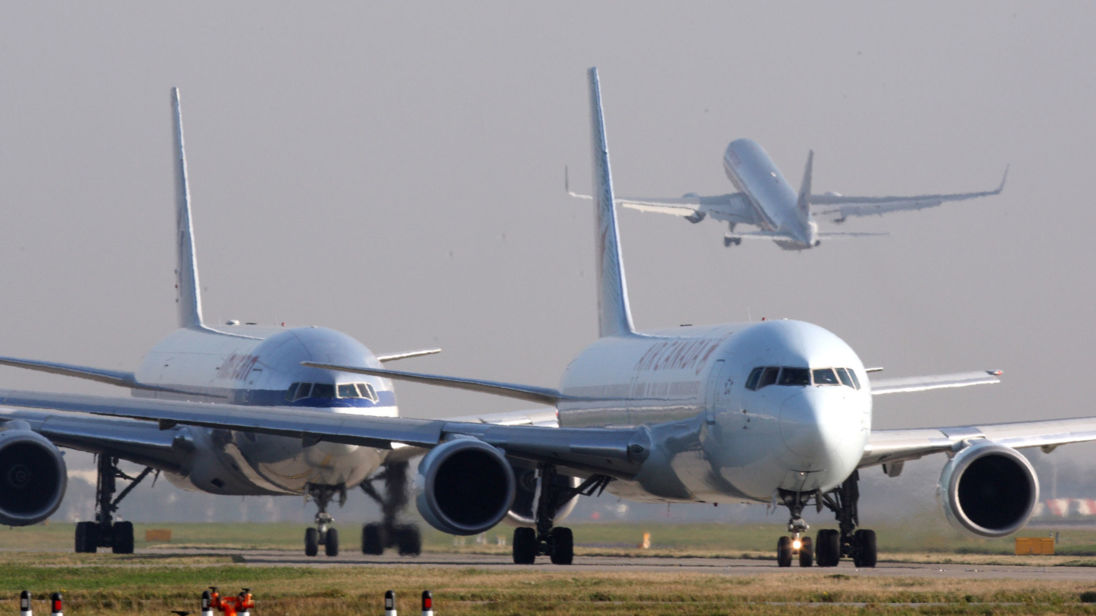 The Government will tell the EU it wishes to stay in a key aviation safety body, under the indirect jurisdiction of the European Court of Justice, in order to keep planes flying after Brexit.

Sky News understands the UK will say it wants to remain in the European Aviation Safety Agency (EASA), which runs safety and maintenance checks and sets crucial standards across Europe and the UK.

It comes after pressure not just from UK and European airlines, but also the key US Federal Aviation Authority, which has told Britain it has weeks to come up with a legal structure for aviation safety, and will be subject to checks by US inspectors.

The Department for Transport has been privately reassuring the aviation industry and aeronautical manufacturers that Britain will stay within EASA.

A senior source told Sky News the UK's proposal will be modelled as an "offer" to the EU, given the Government calculates 40% of the technical expertise behind EASA is from the UK Civil Aviation Authority (CAA).

One source said: "It is part of the second phase negotiating process, but it would be bizarre if we couldn't be part of it.

"Plenty of countries outside of the EU are in EASA, although they don't keep voting rights".

Switzerland and Norway are the main non-EU associate members and make budget contributions.

But both countries are in the European Free Trade Association and Norway is part of the EU's single market.

The Government is exploring Article 66 of EASA regulations, which establishes a clear legal route for third-party country participation.

In a future scenario where the UK is an associate member, a domestic dispute over the application of safety regulation would be under the jurisdiction of UK courts.

However, under Article 50 of the same EASA rules, the European Court of Justice (ECJ) is the ultimate arbiter of EASA rulings.

Norway and Switzerland have joint committees to allow that jurisdiction to operate indirectly, but it still exists.

Some Brexiteer MPs may feel that such jurisdiction oversteps or blurs the Prime Minister's much-heralded "red line" of no ECJ jurisdiction after Brexit.

But Government sources pointed out it is now "direct jurisdiction" that is ruled out once the UK leaves the EU.

This could well emerge as a model for other areas, where Theresa May's stance on the ECJ has proven difficult for industries run on a pan-European basis, which see no value in diverging from EU regulations.

It is also a possible compromise for the thorny issue of the oversight of EU citizens' rights.

Taken to an extreme, this is the basis for the "Norway model" of staying in the European Economic Area, for which the ECJ has quasi-direct jurisdiction.

Captain Mike Vivian, former head of flight operations and chief flight operations inspector at the CAA, told Sky News: "If you have an alternative system of jurisdiction… if you do that in aviation, you could of course open up different safety standards.

"That would be impossible to accede to, so you have to accept the jurisdiction of the ECJ, which oversees the European agency, EASA, to avoid that happening.

"I can't see there's any way out of that. It's a red line, it seems to me, the Government is going to have to cross."

The US Federal Aviation Authority (FAA) believes the UK needs to settle the issue of post-Brexit aviation regulation within weeks.

Catherine Lang, the FAA's Europe Director, recently said: "It's very important that we point out that the US-EU safety agreement… when the UK exits the EU, their status in that agreement will be extinguished.

"This is wildly important to mitigate and urgently needed to be mitigated because half of the repair stations in Europe are in the UK."

Some of the big aviation players such as British Airways and Heathrow Airport have been relatively relaxed about the impact of Brexit and the chance of no deal resulting from the UK's exit negotiations.

The mutual interest for the European tourist industry and airlines is seen as guaranteeing the avoidance of a "no deal" Brexit, although they have said the UK's EASA status needs to be settled imminently.

However, smaller providers say they are seeing a divergence of business from smaller airports and less popular routes.

Robert Sinclair, the new chief executive of London City Airport, told a Sky News' Brexit Forensics special report on aviation he is "quite worried about the prospect of no deal".

"I think for critical industries like aviation, which is an enabler of other industries and trade and tourism, the consequences of 'no deal' are very, very significant," he said.

"Single market consistency has driven air fares down, which has made flying the preserve of everyone, not just the few.

"And it's made it a lot more prolific and allowed people right across Britain to experience Europe.

"Unfortunately, if we lose that, the risk is that flying becomes more the preserve of the few, like it was 30 or 40 years ago."

The head of the European airport trade body, Olivier Jankovec, told Sky News he hopes a "no deal" Brexit is "not the likely outcome".

"I think we don't know, because we've been asking those questions, we've been begging for contingencies to be put in place, we don't have answers," he said.

Sky News also understands the Government is preparing an ultimate backstop with plans for a series of legal letters for exchange with airlines in the hour of Britain's departure from the EU; to reassure the maintenance of legal flying rights in the event of no Brexit deal being agreed.

It marks the acceptance that absent World Trade Organisation rules – and the fact the EU has dismissed the idea of falling back on decades-old bilateral flight agreements with the UK – means that flights stopping is a possible consequence of a failed Brexit negotiation.