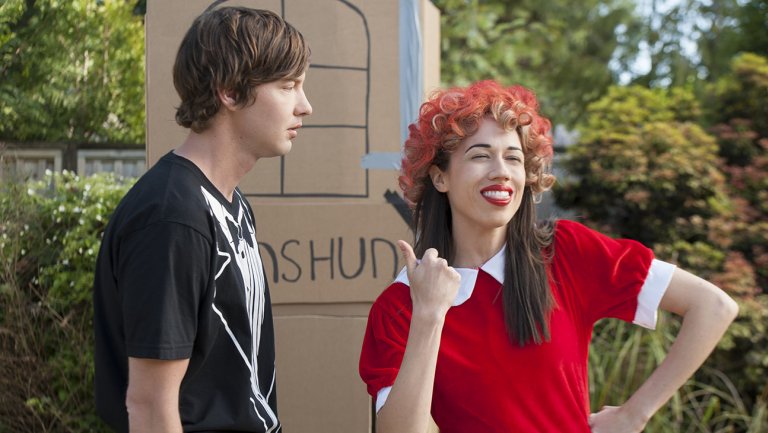 'Haters Back Off!' Canceled After Two Seasons on Netflix

The oddball comedy about the life of YouTube character Miranda Sings won't be back for another season.

Netflix is canceling another original series.

The streaming giant has decided not to move forward with another season of Haters Back Off!, the oddball comedy starring YouTuber Miranda Sings. Portrayed by Colleen Ballinger, the character was known as a confident, yet entirely untalented, star on the rise who continued to fail upward.

Produced by Brightlight Pictures, Haters Back Off! was picked up to series in January 2016 with an eight-episode order. The series — which also stars Angela Kinsey, Francesca Reale, Erik Stocklin and Steve Little — was then renewed for a second season a year ago. Ballinger created the series and developed it with Chris Ballinger, as well as Perry M. Rein and Gigi McCreery. Rein and McCreery served as showrunners and executive produced with The Firm's Jeff Kwatinetz and Josh S. Barry and the Ballingers.

Netflix began canceling shows at a more rapid pace this year, when CEO Reed Hastings said publicly that he thought the content platform hadn't canceled enough of its shows. "Our hit ratio is way too high right now," he told told CNBC at the Code Conference in California. "I'm always pushing the content team; we have to take more risk, you have to try more crazy things because we should have a higher cancel rate overall."

The decision to cancel Haters Back Off! comes a little over three months after the streamer canceled Gypsy, its Naomi Watts drama from Sam Taylor-Johnson. Earlier, the platform had axed (and then brought back for a movie-length wrap-up) Sense8, its sci-fi drama from The Wachowskis, and The Get Down, the expensive hip-hop drama from Baz Luhrmann. The handful of cancellations was a rare move for Netflix, which has renewed the majority of its slate as part of its aggressive push into scripted programming.