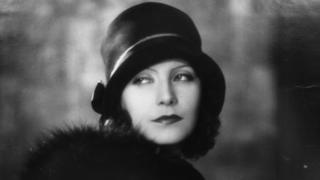 A collection of letters written by the Swedish actress Greta Garbo give a glimpse into the solitary life led by one Hollywood's most enigmatic stars.

Garbo, who kept her distance from the media despite huge fame, remained a mysterious figure until her death in 1990 aged 84.

The collection will be put on sale by Sotheby's in London on 12 December.

In a series of notes to a close friend in Sweden between 1940 and 1945, Garbo wrote of her depression and how she longed to swap life in Beverly Hills for the Swedish countryside.

"The last few days here have been grey and I have been thinking a lot about Tistad," she wrote, adding: "About summers there when it rains and that marvellous melancholy enfolds us."

She also wrote of being "almost always alone", adding that she would often "talk to myself".

"I drive to the beach and take walks and that's always marvellous. But that's it," she noted in a letter to Marta Wachtmeister, a Swedish countess, in 1939.

Garbo also wrote of her disappointment at changes made to the plot of the film The Two-Faced Woman, which would be her last major screen appearance in 1941.

"On top of all the other absurdities, they're marrying me for the 759th time," she wrote.

Garbo, who appeared in 28 feature films and was known as "the divine", was a well-known recluse. She refused interviews, autographs, premieres, and fan mail throughout her life in Beverly Hills.

After retiring while still in her thirties, she moved to New York and lived alone in an apartment in Manhattan. She never married or had children.

In 2012, an auction of Garbo's belongings, including clothing, jewellery and even the bed she slept in, saw lots fetch more than 10 times the pre-sale estimates.