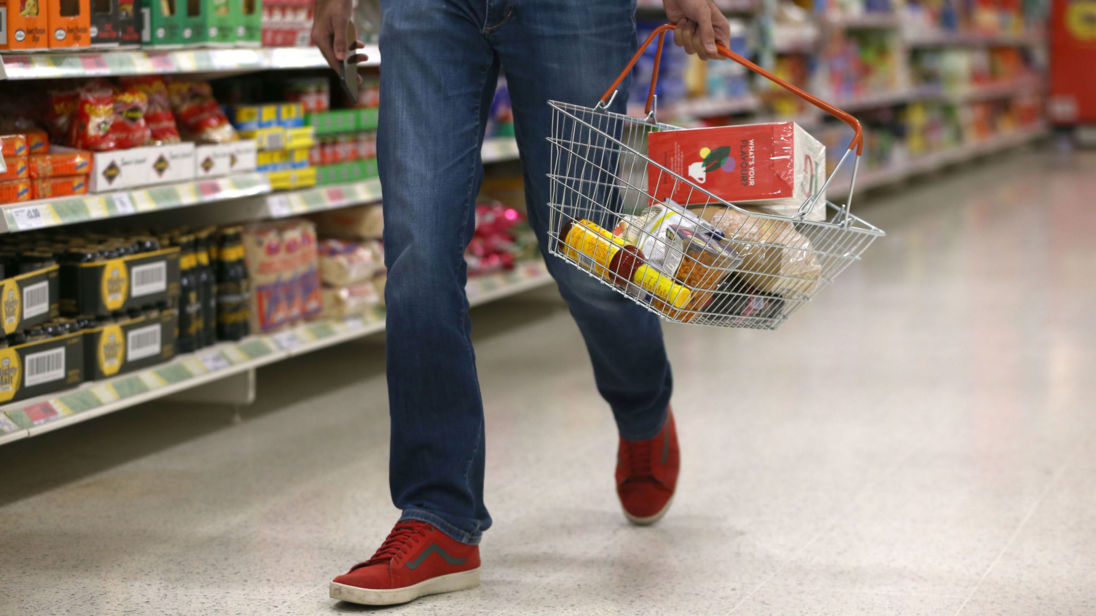 A supermarket chain has become the first big retailer to sell food that is past its "best before" date to cut down on food waste.

From now on, shoppers at the East of England Co-op's 125 stores will be able to buy a range of tinned goods like beans and as well as dried foods such as crisps, chocolates, cereals, nuts, cake, coffee, tea, pasta and rice for 10p.

The move forms part of the chain's The Co-op Guide to Dating, and runs with the slogan: "Don't be a binner. Have it for dinner!"

Best before dates are about quality – not safety – and food is safe to eat after this date but may be past its prime, according to the Food Standards Agency.

It estimates the UK throws away seven million tons of food each year, the majority of which could have been eaten.

He told Sky News hundreds of thousands of pounds worth of items had flown off the shelves during the scheme's three-month trial period in 14 stores.

Mr Grosvenor said it was not a money-making exercise, but by selling perfectly edible food it could save 50,000 plus items every year from going to waste, adding that the majority of customers understand they are fine to eat.

"We tried giving it away, but nobody will accept products that you give away – there is almost a mistrust," he said.

"These are early days, but what we are seeing I think… the amount of product that would have gone could be £400,000.

"Fresh fruit we haven't tackled yet, but we are going to. The first things we tackled were packets, bottles and cans, and then we are going to move on to fresher products like green grocery, because there is a huge amount that finds its way to the bin, that doesn't need to."

In addition, budget supermarket Aldi has urged charities and other local organisations to get in touch because it wants to give away its leftover food – an estimated 20 to 30 crates – from each of its stores from 4pm on Christmas Eve.