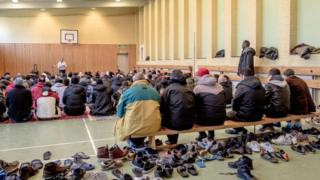 A Swedish investigation into migrants claiming asylum as children suggests that three-quarters of those tested were over the age of 18.

Sweden's national forensic medicine agency checked the age of nearly 8,000 people and found that some 6,600 were 18 or over.

The checks were only carried out in cases where there were doubts as to the person's age.

Child migrants are less likely to be sent back to their country of origin.

Between mid-March and late October, the agency (Rättsmedicinalverket) carried out a total of 7,858 age assessments.

The Migration Agency has so far made 5,700 decisions on the basis of those assessments. In 79% of those cases, the agency decided to formally consider the applicant as older than they had initially claimed in their asylum application, reports Svenska Dagbladet.

Age assessment is carried out by taking X-rays of wisdom teeth and MRI scans of knee joints, which are then analysed to determine age.

Many asylum seekers do not have identity documents as they may have lost them as they fled conflict or a natural disaster, says the International Organization for Migration.

In other cases their country of birth may not have the structures in place to record births, so it is not unusual for people not to know their exact age, says The Local.

When the Migration Agency assessed asylum seekers' ages last year, before the task was handed over to Rättsmedicinalverket, it formally increased the age of 17% of those whose age was in doubt.