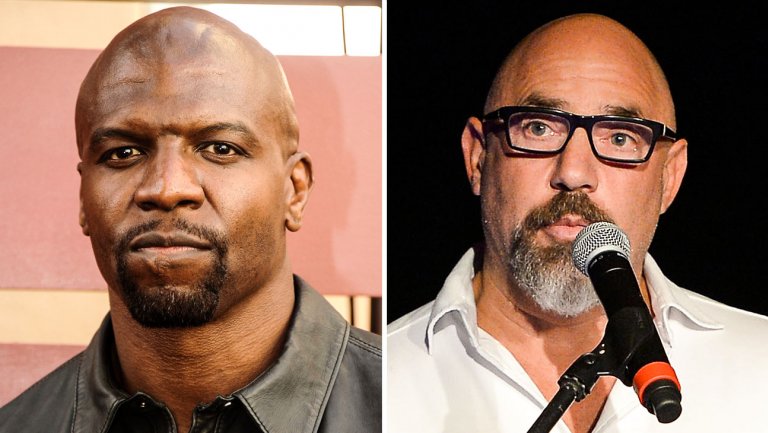 The 'Brooklyn Nine-Nine' actor claims the WME agent sexually assaulted him multiple times during a Hollywood party in 2016.

If a strong, successful actor can be the victim of sexual assault in Hollywood, then anyone can. That's Brooklyn Nine-Nine star Terry Crews' closing thought in his assault and battery lawsuit against WME and Adam Venit, which he filed after feeling the agent wasn't properly held accountable for repeatedly grabbing his genitals at a Hollywood party.

After the Harvey Weinstein scandal created a watershed moment for addressing harassment in the entertainment industry, Crews came forward with his own account of an alleged 2016 assault.

"Venit, upon his first meeting Crews, viciously grabbed Crews' penis and testicles so hard that it caused Crews immediate pain in a blatant and unprovoked sexual assault," writes attorney Bryan Sullivan in the complaint, which was filed Monday in Los Angeles County Superior Court.

Crews says he told his then-agent Brad Slater of the assault the next day but WME took no action. He claims the company culture encourages agents to act aggressively in furtherance of its reputation as an industry powerhouse and has an "unspoken policy of not punishing executives and agents for misconduct."

The actor believes WME has ignored Venit's "long history of bizarre behavior" and predatory acts because of the agent's success in representing A-list clients like Adam Sandler, Casey Affleck and Dustin Hoffman.

The alleged assault happened at a party Sandler was hosting at Hutchinson's Restaurant in West Hollywood on Feb. 4, 2016. Crews had never met Venit, but was looking forward to meeting him that night because he believed the agent had the power to boost his career.

Crews says he knew something was wrong immediately because Venit was staring at him "like a rabid dog" — and, instead of shaking his hand, grabbed his genitals. The actor shoved him and yelled, according to the complaint, but Venit continued the behavior.

"Crews smacked Venit's hand away and shoved him back more forcefully than before, screaming 'Hey! What are you doing?!' two or three times, but Venit ignored everything Crews was saying and continued to try to grab Crews' genitals," writes Sullivan. "Crews kept Venit at arm's length and turned to Sandler to get his attention, yelling, 'Adam, come get your boy! He's grabbing my nuts!'"

Sandler shook his head in disbelief, Crews says, while Venit giggled and smirked. Afterward, Sandler called to check on Crews and find out more of what had happened and apologized for the incident.

According to the complaint, after Crews reported the assault to Slater, Venit called and apologized, claiming "he was just not himself that night." The actor says he was assured by his agent that WME would address the issue, but never received word of any punishment. He stopped going to WME events and taking meetings at its office to avoid running into Venit, which he says likely had a negative impact on his career.

Crews detailed the incident in a series of Tweets before firing the agency and discussing the situation on ABC's Good Morning America. The actor met with WME chairman Ari Emanuel, who he says explained that the agency didn't have a policy in place to deal with such a situation. Venit served a one-month paid suspension before being reinstated with WME, and was demoted from his position as head of the motion picture department. Crews maintains the suspension was nothing more than a slap on the wrist and claims he was pressured to stop talking about the assault.

"Given the history of inaction by WME and the retaliatory actions that have occurred and likely will occur, Crews had no choice [but] to bring this action to protect himself and to stand up for all victims of sexual predators," writes Sullivan. "After all, if Crews, a 6'4", muscled, man, former professional athlete, with a long list of entertainment industry credits, can be the victim of sexual assault at the hands of a much more powerful individual in the entertainment industry, anyone can be a victim."

WME has not yet replied to a request for comment.