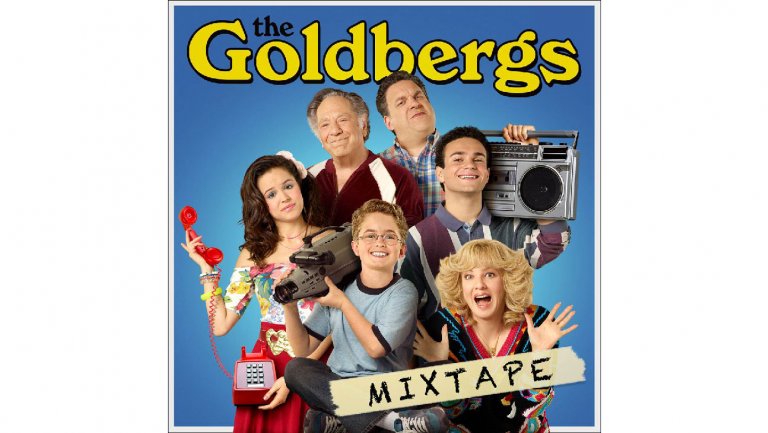 Sing along with Big Tasty and star Hayley Orrantia as the soundtrack includes five covers of '80s songs featured on the ABC comedy as well as nine original songs.

After five seasons, ABC's The Goldbergs is finally releasing a soundtrack.

Available for preorder Tuesday and on sale Wednesday on digital platforms (including iTunes, Amazon, Spotify and more), The Goldbergs Mixtape, which is being released by Madison Gate Records, will feature 14 tracks. Five of the songs are classic '80s tunes that star Hayley Orrantia (who plays Erica) covered, including Cyndi Lauper's "True Colors" and Katrina & The Waves' "Walking on Sunshine," performed with AJ Michalka. The other nine are original songs written specifically for Adam F. Goldberg's 1980-something semi-autobiographical comedy and include "Love Ninja," featuring Orrantia and Troy Gentile (who plays Barry), as well as the latter's "Ferris Wheel."

The Goldbergs, produced by Sony Pictures Television, has featured a number of original songs on the series as Erica has a (serious) interest in becoming a singer-songwriter, while Barry has (lofty) dreams of becoming a famous rapper via his "alter ego" Big Tasty. Many TV shows (like Empire, Glee and Nashville, among others) have turned to producing soundtracks featuring their original music as a form of earning ancillary revenue. (The Goldbergs Mixtape costs $8.99.)

Wednesday's episode will see Barry and Adam (Sean Giambrone), inspired by DJ Jazzy Jeff and the Fresh Prince, attempting to write a song like "Parents Just Don't Understand." A promo for the digital album will air following the installment. Watch that, and check out the full track listing, below.