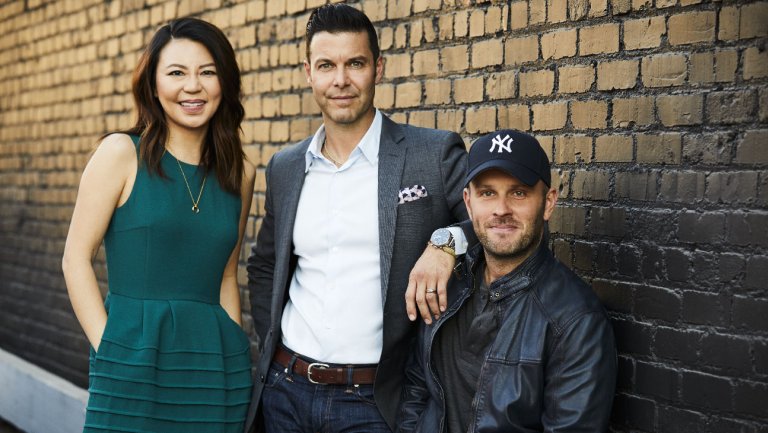 The Turner-owned cable network has been on a hot streak lately following the success of shows like 'Search Party.'

TBS is promoting some of its key executives.

The Turner-owned cable network has upped Tom Hinkle and Jeniffer Kim following its recent hot streak thanks to critical favorites like Search Party.

The news comes as comedy-focused TBS has built a slate of well-received though little-seen originals including The Guest Book, Wrecked, The Detour and People of Earth.

"Thom and Jen have had a tremendous impact on TBS’ success and I couldn’t imagine better partners, or a better team, in this business. Thom’s passion and instincts are second-to-none, and Jeniffer’s creativity and dedication continue to drive us forward. Everything they’ve dished out in the past two years has topped the charts and transitioned TBS into a comedy powerhouse," Weitz said Monday in a statement. “It would be nice to stand outside of their shadows once in a while.”

Added Kevin Reilly, TBS and TNT president: "The TBS team under Brett’s leadership has simply crushed it and Thom and Jen have been central to that success. Thom is the rare, creative executive who brings an inspired, imaginative spark in his own right, while now managing a full slate of projects. Jen is also unique in that her level of enthusiasm and artistic advocacy she has sustained over 10 years is remarkable."

For his part, Hinkle was key in bringing Daily Show alums Jason Jones and Samantha Bee to the cabler. Both executive produce the scripted comedy The Detour, while Bee hosts the critical darling Full Frontal. Hinkle joined TBS in 2013 and has helped develop Angie Tribeca and Search Party.

IcetruckDecember 5, 2017
Like story:
tweet
WATCH: ‘Motivated’ podcast: How important is your peer group in maintaining a healthy lifestyle?
Critic’s Notebook: Jeff Glor Makes His Debut as Anchor of ‘CBS Evening News’ as Nation Asks, “Jeff Who?”