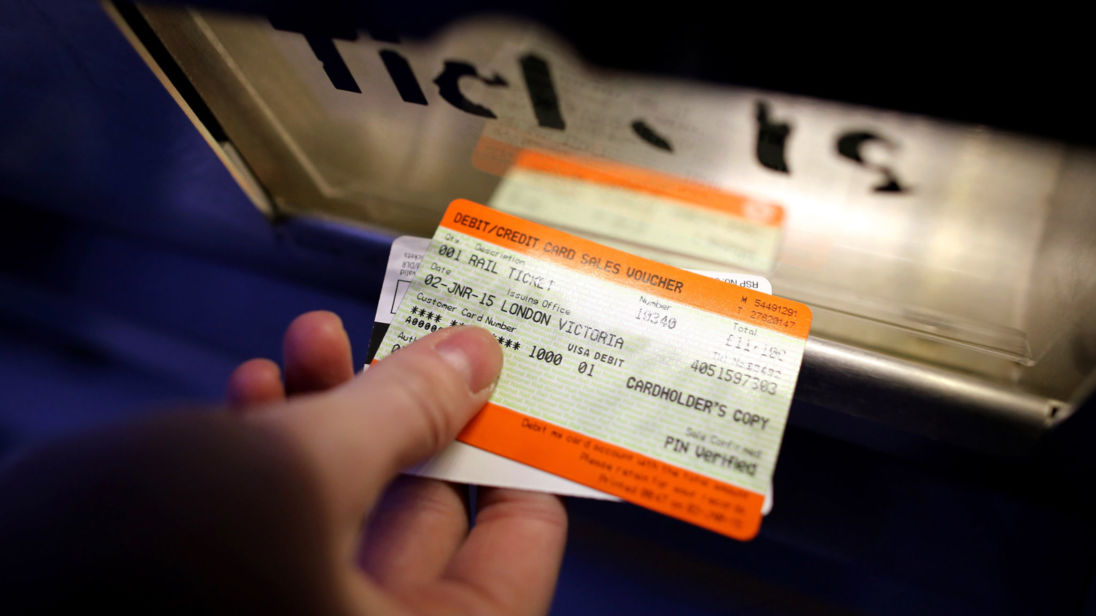 The average cost of a train ticket will rise by 3.4% in January, the rail industry has announced.

The price hike – the sharpest since 2013 when fares increased by 3.9% – will come into effect from 2 January, said the Rail Delivery Group (RDG).

This means the cost of a Brighton to London 12-month season ticket going up by £148, a price hike of £140 for an annual ticket for journeys from Gloucester to Birmingham and a rail fare increase of £108 for a year-long Liverpool to Manchester season ticket.

One in nine trains (12%) failed to meet its punctuality target in the last year – meaning they arrived more than five minutes late for commuter services or 10 minutes late for long-distance journeys.

The price hike is below the rate of Retail Price Index (RPI) inflation, which is used to set rail season ticket prices, which rose to 3.6% in August.

However, the move was slammed as "another kick in the teeth" for passengers by the Rail, Maritime and Transport (RMT) union, at a time when people's spending power is already facing a squeeze with the average wage growth failing to keep up with the pace of price increases.

General secretary Mick Cash said: "For public-sector workers and many others in our communities who have had their pay and benefits capped or frozen by this Government, these fare increases are another twist of the economic knife.

"The private train companies are laughing all the way to the bank."

Anthony Smith, chief executive of passenger watchdog Transport Focus said: "While substantial, welcome investment in new trains and improved track and signals is continuing, passengers are still seeing the basic promises made by the rail industry broken on too many days."

It said fewer than half (47%) of passengers are satisfied with the value for money of train tickets.

More than 97p in every pound from fares goes back into improving and running the railway, the RDG said, highlighting that private investment in rail reached a record £925m in 2016-17.

The latest Office of Rail and Road figures published in October showed that £4.2bn of taxpayers' cash went to the rail industry in 2016/17.

Taking inflation into account, this is down almost 13% on the previous year but more than twice as much as British Rail used to get before the rail network was privatised.