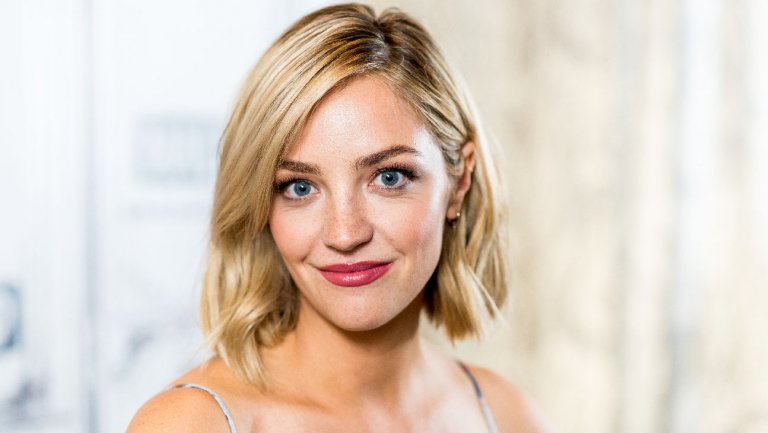 Why Abby Elliott is Tuning In To 'Saturday Night Live' Again

The actress left 'SNL' in 2012, but that doesn't mean she stopped watching.

On the latest episode of Saturday Night Live, Alec Baldwin's bronzed-up and wig-wearing President Trump was visited by his ghosts of Christmas past.

And partly now thanks to Baldwin (and Trump) some former SNL cast members are revisiting the longtime sketch series.

"I wasn't watching on a regular basis," Abby Elliott told The Hollywood Reporter in a recent chat while promoting her new "Adulting" series with the brand Swiffer.

Now she and her father, fellow SNL alum Chris Elliott, are tuning back in, "Since Trump we have started to tune in again. Alec is amazing and does such a great job and we need to see that right now."

Below, Elliott spoke to THR further about her latest commercial series; her film Clara's Ghost, which was a family affair; and what projects she's pursuing next.

How did you get involved with this "Adulting" series?

It's basically a documentary of my life. (Laughs.) I got married recently and moved into a house so we're both adulting. It just seemed like a good collaboration.

When you're not shooting this or one of your other projects, what's a day in the life like for you?

I am usually trying to self-generate. I'm writing a project for myself right now. If I'm not on set, it's trying to be on set.

What are you writing now?

It's a project based on my life and the first year of my marriage. It's personal to me. The goal would be to bring it to television. I'd love to do something that is a grounded comedy next. And maybe a little dramatic!

What's something in your career you haven't done yet that you want to do?

That's just it, drama for sure. I would love to explore something darker. I just shot a movie with my family called Clara's Ghost that my sister wrote and directed. It's starring our family, and it's definitely semi-autobiographical about our lives and us being three actors in the business and my mom is our care taker. It's a horror dramedy about her being possessed by a ghost. We just finished that and hopefully it will come out next year.

Is there another specific role you want to take on?

I'm a huge fan of the author Ellen Hilderbrand. She writes out of Nantucket and has a lot of family dramas, and I would love to adapt one of her books into a TV show, miniseries or movie and star in one of those. She's insanely talented at storytelling. We just had a meeting in New York, and I adore her.

Do you and your dad still watch Saturday Night Live?

I wasn't watching on a regular basis. Since Trump we have started to tune in again.

Trump got you to tune back in?

Oh yeah. Alec is amazing and does such a great job and we need to see that right now. Kate [McKinnon] is amazing too. They're nailing it.