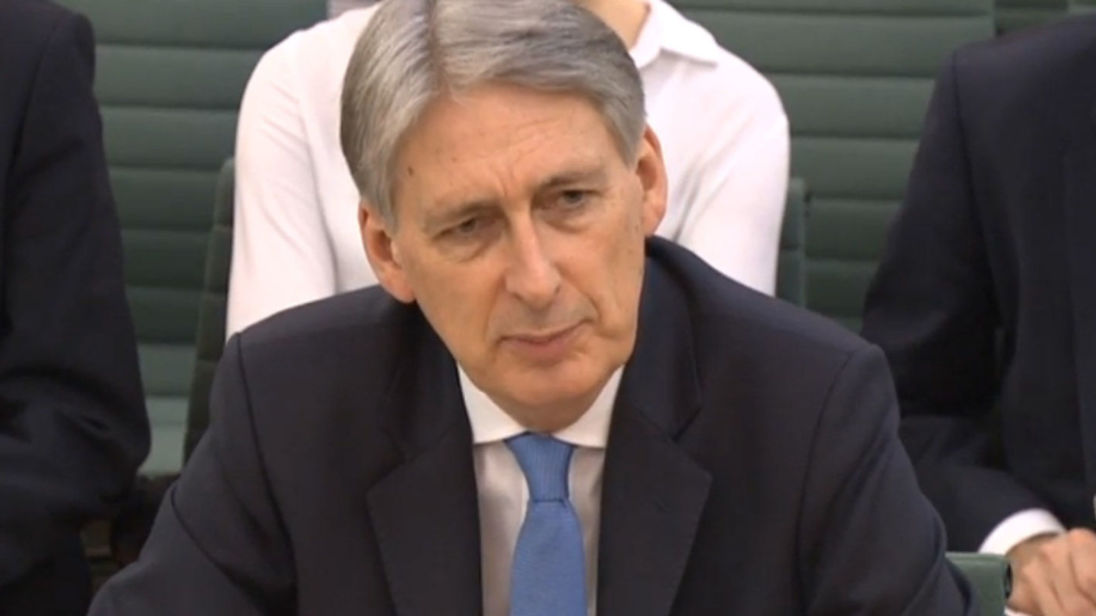 Philip Hammond has floated the idea of the UK remaining in a customs union style arrangement – but said the Cabinet has yet to agree on an "end-state" for Brexit.

The Chancellor acknowledged that the possibility of negotiating a deal which retains both some of the benefits and obligations of single-market membership risked infuriating hard Brexit supporters.

His comments came days after a possible UK-EU agreement foundered partly on the question of whether regulatory alignment could resolve the status of the Irish border after the UK leaves the bloc.

Mr Hammond told MPs there appeared to be a "misunderstanding" that it was a matter of choice whether the UK left the single market and customs union.

He told the Treasury Select Committee this would logically happen anyway on leaving the European Union.

:: Revealed: The other sticking point in Brexit talks

:: Brexit's border problem: Is there a way back?

The Chancellor added that he could not comment on the likelihood of such an arrangement – and acknowledged that there would be consequences that some colleagues would not find "palatable".

He also rejected the notion that the UK could simply "walk away" from the money it owes.

"That's not a credible scenario, that's not the kind of country we are," the Chancellor told MPs.

"Frankly, it would not make us a credible partner for our future international agreements."

Mr Hammond was asked by committee chair Nicky Morgan whether senior ministers had yet had an open discussion on "where the UK Government wants to get to by March 2019 and beyond".

He said: "The Cabinet has had general discussions about our Brexit negotiations, but we haven't had a specific mandating of an end-state position.

"That's something that will be done first in the sub-committee that has been constituted to deal with this issue.

"And, of course, logically that will happen once we have confirmation that we have reached 'sufficient progress' and that we are going to begin phase two negotiations with the EU27.

"We are not yet at that stage and it would have been premature to have that discussion until we reach that stage."

Mr Hammond's remarks came as currency markets continued to fret over the apparent lack of progress in Brexit talks, with the pound slipping nearly a cent to below $1.34 against the US dollar.

Businesses have been urgently calling for greater certainty, particularly on plans for a transition deal after Brexit takes effect, as they work out whether they need to trigger contingency plans for a "no deal" scenario.