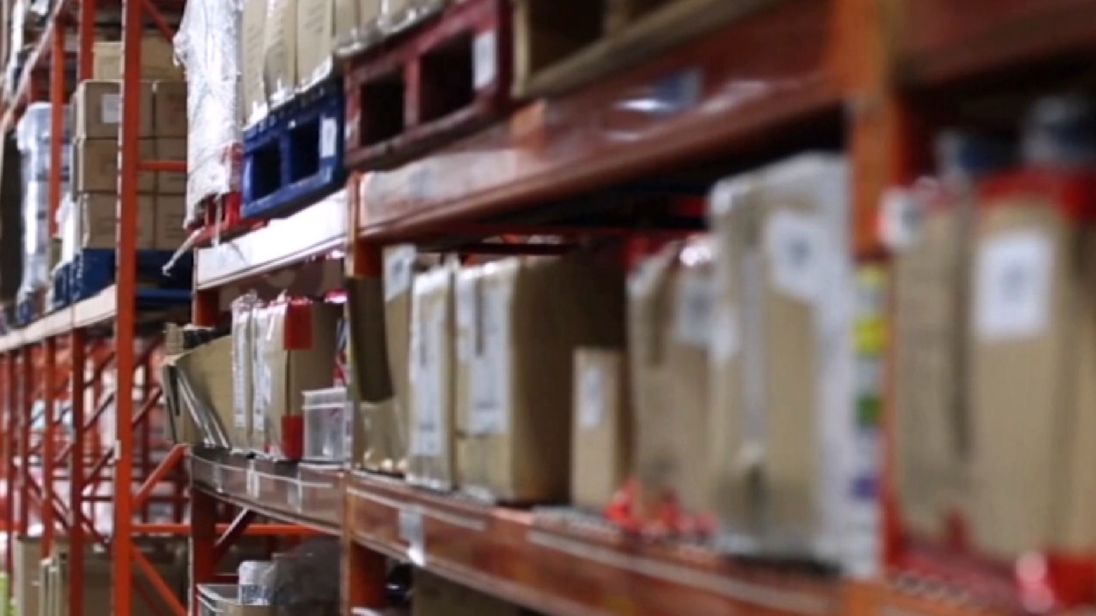 What do companies do with the stock they cannot sell?

There are a number of options. The stock can sit mouldering, unwanted, in a warehouse if it is not perishable. It can be sold, below cost, to a discount retailer.

Or, in the worst case, it is simply dumped in landfill. Billions of pounds worth of goods are reckoned to be wasted each year in this way.

There is a fourth option, though, which is to donate the stock to charity. In Kind Direct, founded 20 years ago by the Prince of Wales, is one means by which this happens.

It accepts all kinds of produce, ranging from food, clothes, toys, cosmetics, sanitary products, sports equipment and other household goods and then distributes them to more than 8,000 charities both at home and abroad.

The list includes L'Oreal, Johnson and Johnson, Procter and Gamble and Colgate Palmolive.

They enjoy participating in the scheme because they know their products will be put to good use by people and organisations in genuine need of them.

In Kind Direct monitors what happens to the products when they are passed on to charities to ensure that they go, free of charge, to people who need them.

The companies benefit from demonstrating that they are doing good work for the communities in which they operate.

And, of course, there is an environmental benefit: In Kind Direct estimates that, to date, it has helped divert 20,000 tonnes of surplus products from ending up in landfill.

One of the current big pushes is in the field of personal care – an area where In Kind Direct has recently noted increased demand.

L'Oreal is one of the companies currently contributing products.

Vismay Sharma, UK managing director of L'Oreal, told Sky News: "We think that big business has big responsibility. First and foremost, it's about making sure that our products go into the hands of those who are less advantaged than we are. So we make sure that those products go into those hands.

"The other part is the impact this has on the environment. If we are not giving these products to people who need them, these products will go to waste or they will be destroyed, which is a cost but also it has an impact on the environment – so this is the perfect way that products we make with a lot of love and passion are going into the hands of people who need them. It's a win-win situation."

But is there a genuine need for such donated products? Surely everyone can afford something as straightforward as a stick of deodorant or a tube of toothpaste? Apparently not.

In Kind Direct insists that there is plenty of evidence that not everyone can afford such basics. It conducted a survey earlier this year which found that 37% of Britons cannot afford personal hygiene products and, accordingly, suffer from a lack of confidence.

Its research suggested that as many as 56% of young people – those aged between 18 and 24 – have to go without hygiene or "grooming essentials".

Robin Boles, chief executive of In Kind Direct, says: "If people have to go without products, it effects their self-esteem and their confidence and it can have long-term effects, so what we're talking about now is the solution.

"It's really important that companies that are not yet donating products understand that there is a way that they can help."

Yet some people will question whether society has lost its sense of perspective on what actually constitutes an "essential" when, according to other surveys conducted by In Kind Direct this year, two-thirds of young people said they could not live without broadband, their mobile phone or a coffee machine.

One in seven people even told the organisation they would forego washing for seven days if they needed to save money to spend on their broadband connection.

Earlier this year, Sky launched its Ocean Rescue campaign – aimed at reducing the amount of plastic waste that ends up in the world's seas.

:: You can find out more about the Sky Ocean Rescue and how to get involved here.