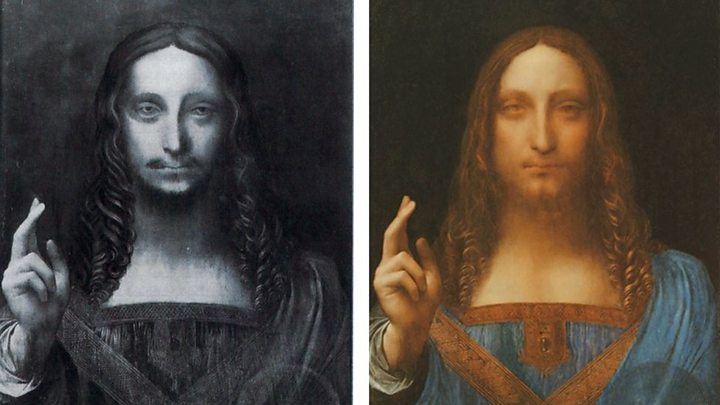 A 500-year-old painting of Christ believed to be the work of Leonardo da Vinci is heading to the Louvre Abu Dhabi, the museum has said.

The newly-opened museum made the announcement on Twitter, without specifying whether it had bought the painting at auction this month.

Media reports say it was purchased by a Saudi prince.

It was the highest auction price for any work of art.

The unidentified buyer was involved in a bidding contest, via telephone, that lasted nearly 20 minutes.

Salvator Mundi, believed to have been painted sometime after 1505, is the only work thought to be in private hands.

It cost £1bn to build the museum over the past 10 years.

It holds 600 artworks permanently and 300 loaned from France. The museum pays Paris hundreds of millions of dollars for this as well as for the use of the Louvre name and managerial advice.