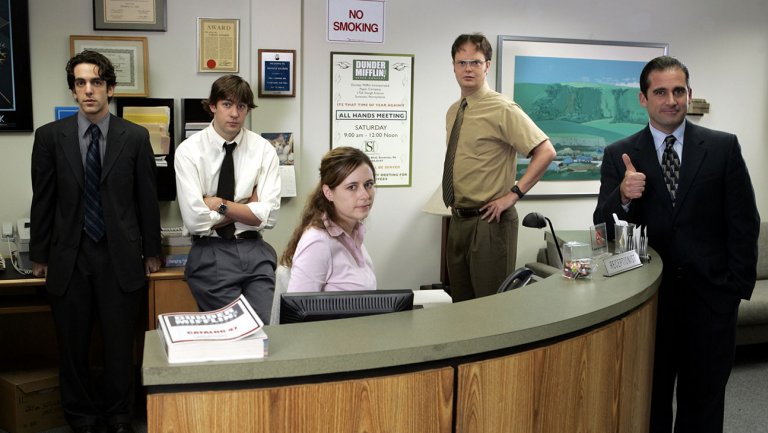 Critic's Notebook: Would An 'Office' Revival Be Any Good?

Sure, 'Will & Grace' has been a revival success for NBC, but why not just give Greg Daniels absolute power over a workplace comedy that isn't 'The Office'?

If TV critics could "pin" columns the way you can pin thoughts on Twitter — keeping a universally applicable observation in the perpetual present atop one's feed — my pinned column could probably just be:

"Hey [Network X]? Nobody especially needs your reboot/revival/remake of [Show X]. Why not try something new and original instead?"

If you look at the shows that have, in recent years, been singled out as the new popular sensations that were saving the relevance of broadcast TV, you'd probably point to things like Scandal and Empire and This Is Us and, going back a few years, comedies like Modern Family and The Big Bang Theory. Do I need to point out that there's nary a reboot/revival/remake among them?

No network has been more relentless about rebooting and remaking and reviving in recent years than Fox, which has brought back 24 and Prison Break and The X-Files to responses only slightly more enthusiastic than a shrug. None were disasters but none proved to be a smash, and yet The X-Files is coming back next month and you're almost certain to hear talk about new versions of the other two come January when reporters pepper Fox executives with questions about them at the TCA press tour.

If you're looking for some sort of audience-imposed mandate that what's old must be new again, the evidence is limited. A lackluster broadcast fall has had few smashes, but you'd definitely point to The Good Doctor, an adaptation of a Korean format but really just a familiar and comforting entry in a genre that has been in short supply in recent years, and Young Sheldon, a spinoff of TV's largest comedy hit of the past decade. But I guess it's beyond question that NBC's Will & Grace revival is the other "new" success of the broadcast fall. Its ratings are impressive. Its December awards love has been ample. And that's why we're now apparently talking about bringing The Office back to NBC.

Even in its prime, The Office was never as big a hit as Will & Grace, and it definitely left the air seemingly with very little remaining juice after two seasons without original American star Steve Carell. It had a really great finale that brought Carell's Michael Scott back one last time and also gave basically every character an emotional and satisfying resting spot. It was completely on its own terms. It left no meaningful questions (unless you need Scranton Strangler resolution). And it was only four years ago.

Nothing in the way The Office ended said, "We've got more stories to tell in this world" or "We're gonna leave you dangling on this plot point" or "Man, if only we'd had more time."

For now, NBC is only in talks to revive The Office, and details are scarce on what a revival would even mean. Carell definitely won't be back. He's a movie star, but even if he weren't a movie star and he decided he wanted some of that sweet, sweet TV money, you'd think he'd want a 10-episode Netflix half-hour dramedy that he might actually win an Emmy for as opposed to all of those years being nominated but not winning for The Office. This is still a crime, by the way, that Carell and Hugh Laurie both never won Emmys for their signature TV roles. And with Good Doctor basically rehashing House plotlines and Laurie stranded on a Hulu drama nobody talks about, how is House the only classic Fox show Fox isn't talking about bringing back?

The other key figures from The Office? John Krasinski is starring on Amazon's Jack Ryan drama. Ellie Kemper's got Netflix's Unbreakable Kimmy Schmidt. Craig Robinson has Fox's Ghosted. Jenna Fischer has a midseason comedy somewhere. Mindy Kaling just finished a successful run as star and creator on The Mindy Project, and even if she were somehow given full creative control over an Office reboot built around Kelly Kapoor, would that really seem like a step forward for her? (Hint: No, it would not.) Rainn Wilson has been working constantly since The Office, but I don't know if he's got anything that would preclude a return for Dwight (they tried a Dwight spinoff and it didn't take). Part of why The Office was so special was that it had an amazing ensemble cast, and they've mostly gone on to be amazing elsewhere. That's the reward for being part of an amazing ensemble, not being pulled back to where you started by a [lucrative] tractor beam.

None of that will change the fact that The Office pretty much just left the air, left the air with no conspicuous stories left to tell and wasn't even doing big numbers when it left. This isn't like The X-Files, where there were very clearly answers that the audience had yet to receive, even if last winter's return offered no hint that Chris Carter is still the man able to best give those answers. We've yet to reach a sufficient period of absence to allow the heart to grow fonder, like with ABC's upcoming Roseanne, that keeps getting undermined for me by every word that comes out of Roseanne Barr's Twitter feed. The Office also wasn't the sort of show that was impacted dramatically by societal shifts — Will & Grace, a more aggressive pusher of buttons, has proven to have some value because it's a different show in 2017 than in 2007 — and therefore it isn't a series that demands a contemporary revision through the filter of Trump's America, especially if we're not going to get Michael Scott's take on Trump.