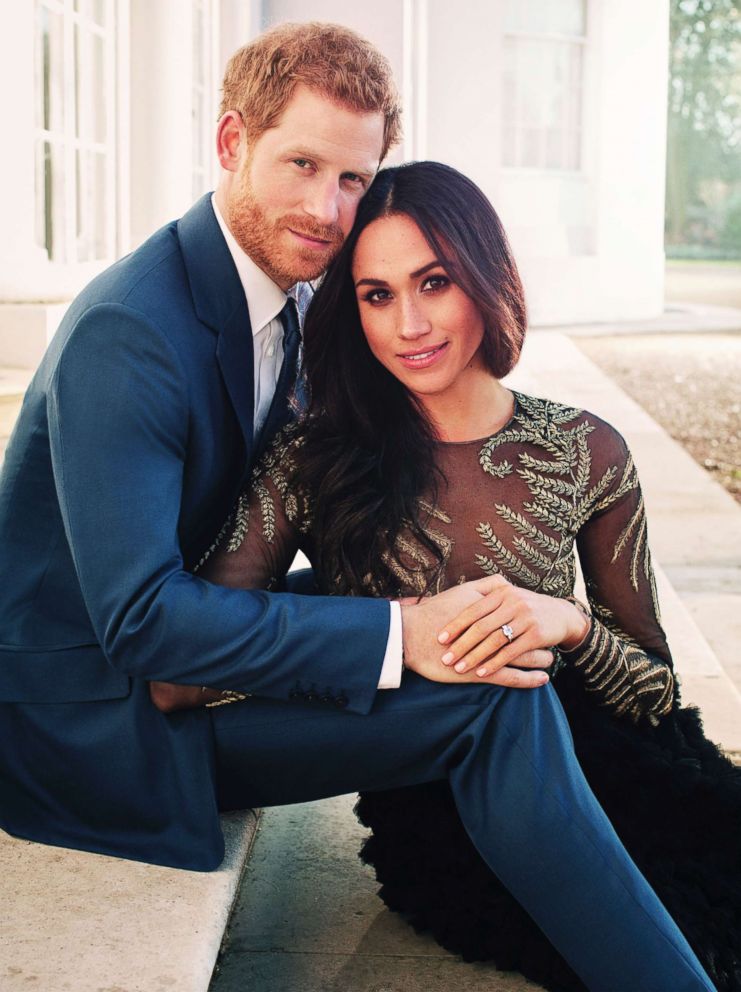 Prince Harry and Meghan Markle are following a royal tradition in sharing their glamorous engagement photos with the world.

In one photo, Markle is seen with her hand on Harry's knee while dressed in a Ralph and Russo dress.

In another photo, she is casually embracing Harry's face and chose a Victoria Beckham sweater, with Harry in a Burberry coat.

Harry and Markle were photographed outdoors, at Frogmore House in Windsor. They plan to wed next May at St. George's Chapel at Windsor Castle.

Like Prince William and Princess Kate before them, Harry and Markle also chose a photographer with personal significance.

Lubomirski's work has appeared in Vogue and other high-fashion magazines and he has photographed stars including Julia Roberts, Nicole Kidman and Beyoncé.

He is also a former assistant to Mario Testino, who was the favorite photographer of Harry’s mother, the late Princess Diana, and the photographer behind many shots of William and Harry with their mother.

Testino photographed William and Kate for their engagement photos in 2010.

To see Markle's and Harry's engagement photos through the lens of history, take a look back at the photos of other royal couples through the years.

William and Kate were photographed by Mario Testino in 2010 the Cornwall Room at St. James's Palace in London.

The couple's more casual shot has the same framing, with Kate close to William's face, that is seen in the casual shot of Harry and Markle.

Harry's parents posed for their engagement photos in 1981 at Buckingham Palace in London.

Harry's grandparents were also photographed at Buckingham Palace after the announcement of their engagement in 1947.