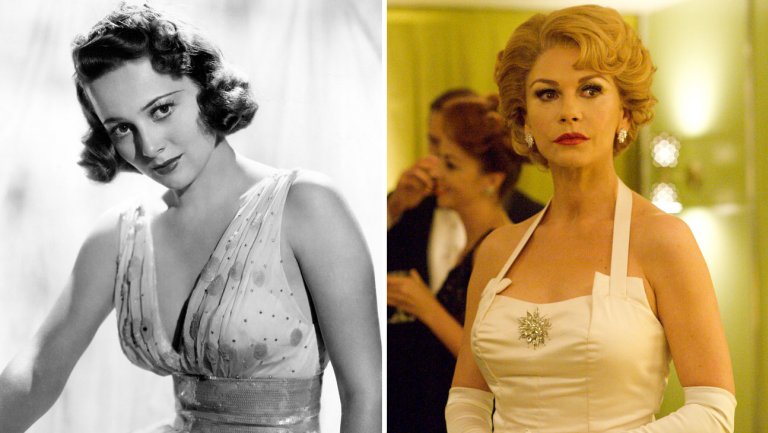 The 101-year-old actress sued over her portrayal in the series 'Feud: Bette and Joan.'

Olivia de Havilland's portrayal in Ryan Murphy's FX series Feud: Bette and Joan is bringing big picture questions about the rights of docudrama producers to stretch the truth to the attention of the California appeals court.

The 101-year-old actress in June sued FX and Ryan Murphy, claiming the series violates her privacy and publicity rights and Catherine Zeta-Jones' portrayal leaves viewers with the impression that she was a hypocrite who peddled gossip to promote herself. Her complaint centers on a fake interview given by Zeta-Jones as de Havilland that's used to help narrate the series.

Defendants asked the court to strike her claims under California's anti-SLAPP law, which brings an early end to frivolous suits arising from First Amendment protected activity like free speech.

While FX and Murphy cleared the first prong of the test, convincing the court Feud is protected speech, they didn't make it past the second. L.A. County Superior Court judge Holly Kendig in September found that de Havilland has shown a minimal probability of prevailing on the merits of her claims.

Because of de Havilland's advanced age, Kendig had fast-tracked the trial in this case. It was originally set for late November, but California's anti-SLAPP law provides an automatic right for appeal. So the 2nd District will have to weigh Kendig's ruling before a trial could proceed.

In an opening brief filed Dec. 4, FX and Murphy argue that de Havilland's claims are at war with fundamental free speech principles and Kendig should have dismissed them.

Among the issues before California's 2nd Appellate District is whether the creator and network acted with malice when they declined to contact de Havilland during production of the series.

"In allowing them to proceed, the trial court adopted an analytic framework that, if upheld, would eliminate the docudrama genre," writes FX attorney Glenn Pomerantz. "By definition, a docudrama will contain dramatized elements within a historically documented narrative. If that alone constitutes false statements made with actual malice, then the genre would be inherently tortious."

He further argues that absent relevant anti-SLAPP protections, docudrama producers would only be able to make "puff pieces crafted to suit the public relations interests of their celebrity subjects" in order to avoid publicity claims.

In a Friday response filing, which is posted in full below, de Havilland's attorney argues that the court supporting such logic would give docudrama creators immunity from legitimate claims.

"Appellants claim that because they meticulously researched other aspects of 'Feud' (principally the Davis-Crawford history), the First Amendment allows them to combine fact and falsehoods about Respondent with total immunity from suit," writes de Havilland's attorney Suzelle Smith. "The trial court correctly applied California law in rejecting Appellants’ position that docudramas enjoy legal immunity from liability even where there is substantial admissible evidence that Appellants acted with reckless or intentional disregard for the truth or falsity of the challenged statements."

Another key issue presented to the appellate court is whether de Havilland really met the standard of proof required to survive an anti-SLAPP motion.

"[N]o 'reasonable or "average" [viewer],' watching the challenged scene and dialogue in 'their original context,' would have understood such minor dramatizations to paint Plaintiff as a vulgar gossip or hypocrite, rather than as a sympathetic and witty friend," he writes. "Plaintiff failed to establish that a reasonable person could draw 'highly offensive' inferences from the dialogue, let alone inferences so offensive that they would overshadow the otherwise glowing portrayal of the de Havilland character."

Meanwhile, Smith argues that the standard required to survive this hurdle is not the same that would be used at trial and de Havilland clearly met the minimum required for her case to progress.

"In that fake interview, Respondent gossips and makes negative comments about Davis and Crawford’s personal lives," writes Smith. "Evidence that defendant made up a fake interview that never happened is grounds for a defamation claim…. Respondent giving other interviews during her career about other subjects does not make the statements attributed to Respondent’ any less false. Mixing fact and falsehood makes the conduct worse, not better."